Negotiations in Pakistan put an end to bribery protests in blasphemy 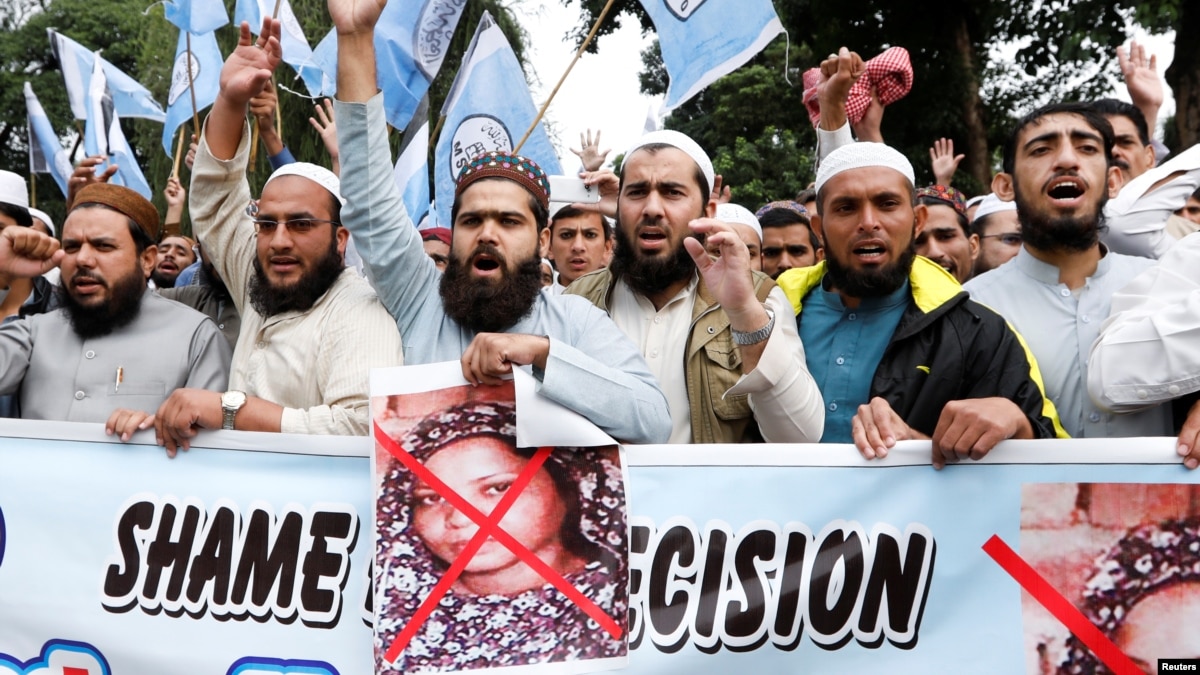 A Pakistani government team held talks late last Friday with an Islamist group that apparently had three days of rebel protests against the Supreme Court against a Christian woman charged with blasphemy against the holy Prophet of Islam.

The government agreed within the transaction to take "legal measures" to prevent the woman from leaving the country while the court is being heard against the judgment.

Tehreek e-Labbaik ya Rasool Allah or the members of the TLYR group blocked the roads in various cities of the country and had to fight the police overnight. In such a crashing mobile phone video, a protest by shooting a visible gun.

Protests began on Wednesday morning after the highest court in the country accused Asia Bibi's appeal of the guilty verdict. Since 2010 Pakistan has been under controversial blasphemy laws.

According to Bibi, he was wrongly accused of being subjected to such tense arguments against other women who refused the water he gave them because he was a Christian.

Other religious groups also held demonstrations on Friday, albeit in peace.

The government banned television coverage of demonstrations and suspended mobile telephony services in many cities during the day to prevent crowds.

The schools were closed nationwide, and many workers were home. The traffic was light and unpredictable, the roads were blocked by TLYR members or the police in some places.

People turned to Twitter, Facebook and other social media forums, as Pakistan had dozens of television channels. The following rumors and unconfirmed reports raised concerns among those who traveled or left their relatives or friends.

Media and foreign journalists frequently used cell phones, rather than cameras, to make recordings of the protests after several copies of TLYR members picked up the camera or broke the equipment.

While the protests were widespread, and there were no more than a few thousand of the spots, the attendants seemed to be filled and ready to fight.

"If the cops come here, then we'll get that stick." Here we are for Islam. If you do an operation, we are willing to die. We will not retire, "said an 18-year-old man who was standing in a wire rack from another town to attend the protest in the capital, Islamabad.

More people brought their children to protests, despite the danger of security operations, which could include tear gas, water cans, batons, or rubber goggles.

A man who brought four young girls and a baby to the Islamabad congregation said he was planning to stay in spite of the risk of his children.

"All my children, my parents, my whole family are the prophet," said Mohammad Zahid Niazi.

At the beginning of the week, TLYR executives called for the assassination of Bibi and Supreme Court judges who accepted the released sentence, the overthrow of the elected government, and the attack on the army against leader. This has led Prime Minister Imran Khan to respond to the strong wording of national television.

But on Thursday morning, the government seemed to relieve its position and announced that it was negotiating a peaceful end to protests.

On Thursday evening, TEDR leader Khadim Hussain Rizvi said the talks, including the prime ministers of the ISI Army and the Pakistani intelligence bureau, failed. He called on his followers to stop the country on Friday.

Faudad Chaudhry, Minister of Information, said at a checkpoint in the morning that the government was still negotiating with TLYR.

Pakistani army spokesman Asif Ghafoor told the Pakistani state television on Friday morning that the situation should be resolved peacefully.

"Both sides have to talk to each other. They can not reach the level where the armed forces are to be called," he said.