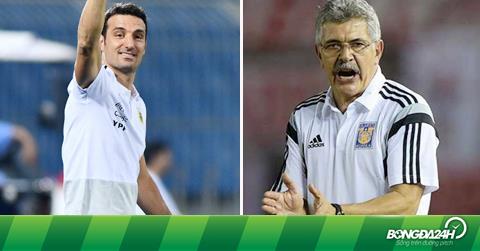 (press Ctrl + F5 to get the latest information)

– TERM 3: DANGER. Within minutes, Mexico has two options for hitting. Raul Jimenez slashed the goal from the right wing Fabiana. Marco Fabian, who played in the Bundesliga, made good use of the defender Funes Moria to win the ball and lead to the 16m50, but not sharp enough to hit the final stop. Marchesin, an unknown goalkeeper currently playing in Mexico.

– MINUTE 8: Although he almost missed the goal, Argentina is a team that has better controlled the game from the beginning. Their first impressive situation was an irritating free kick from the right side of the "messi minor" Paulo Dybala and goalkeeper Ochoa had to restore the ball.

– MINUTES 11: OPPORTUNITY. Giovanni Lo Celso, a 20-meter player of Argentina, won a volley from the outside of the box and crossed the Mexican player and crossed the crossbar.

– MINUTES 18: Argentina fully occupies the city and puts pressure on a rather strong offensive Mexico, but team number 1 of the Concacaf played well in order to reduce the risk of a goal.

– MINUTE 22: Players from Argentina can not easily penetrate into the penalty area, while Angel Correa (Atletico Madrid) has fired.

– MINUTE 26: OPPORTUNITY. Dybala striker with a hammer technique on the line 16m50 and then back to make a technical hit in the right ball to the goalkeeper Ochoa must be compact easily.

PHUT 33: Mexican offseason area fell into waves after a Argentine striker strike, but the goalkeeper Ochoa continued to play well, and they rejected the goal.

– MINUTES 38: EXCELLENT EXCELLENCE !!! Ochoa is well saved when the match came to Argentina when Dybala from the right wing from Lautaro Martinez from the right winger – a 21-year-old striker joined Inter in this season in the first half.

– MINUTES 44: ARGENTINA OPENED FROM THE NUMBER. Finally Tango dancers also know the details of the dominant hand that leads to leadership. Dybala sent the ball to his charge. Funes Mori's central defender was on the edge from the right edge, as a free-kick went over to the Mexican net. Funes Mori (born in 1991) spent three years in the Premier League for Everton and this summer he moved to Villarreal in La Liga.

– The first half ended with victory in Argentina

– MINUTE 47: Saravia hit the ball very quickly, and Mexican players have focused on this attack by Argentina.

– MINUTE 49: Dybala strikes strikingly from the left and the goalkeeper Ochoa has a phenomenon of surprise, but Mexico may also be a little bit when the ball goes away.

INFORMATIONS
– Argentina won the Asian final in 3/5 times when two teams met.
– Argentina has not lost in the last 5/7 friendly matches in Asia (win 4, draw 1).
– Mexico did not win in Asia in the last 10/12 matches (lost 9, drawn 1) and lost Asian games in the 5/8 match.
– 5/7 of previous matches between two teams and 3/5 home matches in Argentina recently with the total number of goals is even.