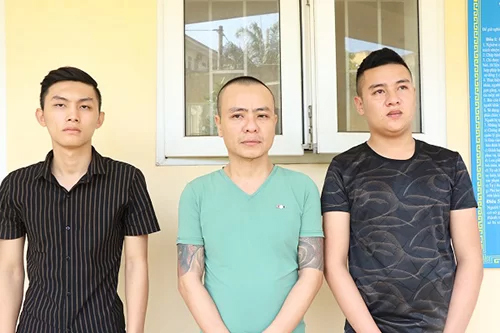 To pay the debt for a long time, Mr. Linh was dragged by the Gypsy group to a car to drive to another place and asked family members to bring the money out.

In the night of 12/2, he knew that Linh was in the countryside after this Tet holiday, Huong invited to join Ta Hoanh, 23, Hoang Trong Tai, Dau Xuan Hieu (18 years old) Old), Nguyen Dinh Cuong (28 years old) to bring the "house" to the house.

Meeting Mr. Linh, Huong's group rushed to hit and control, dragging the car to Thach Ha district, imprisoned, and asked family members to give million dong to deliver. The Linh family agreed to agree and delivered the police. On February 13, when gang members received money, the police arrested them.

Panel sentenced Huong to 18 months imprisonment, Hoanh, Tai, Cuong and Hieu every 6 to 16 months each on the crime Arresting unlawful people And Property propertyAccording to Article 157 and 170 Criminal Code 2015.

Phùng Bảo Bảo – The daddy thi 2-year-old is still alone, not the kids beyond the stars