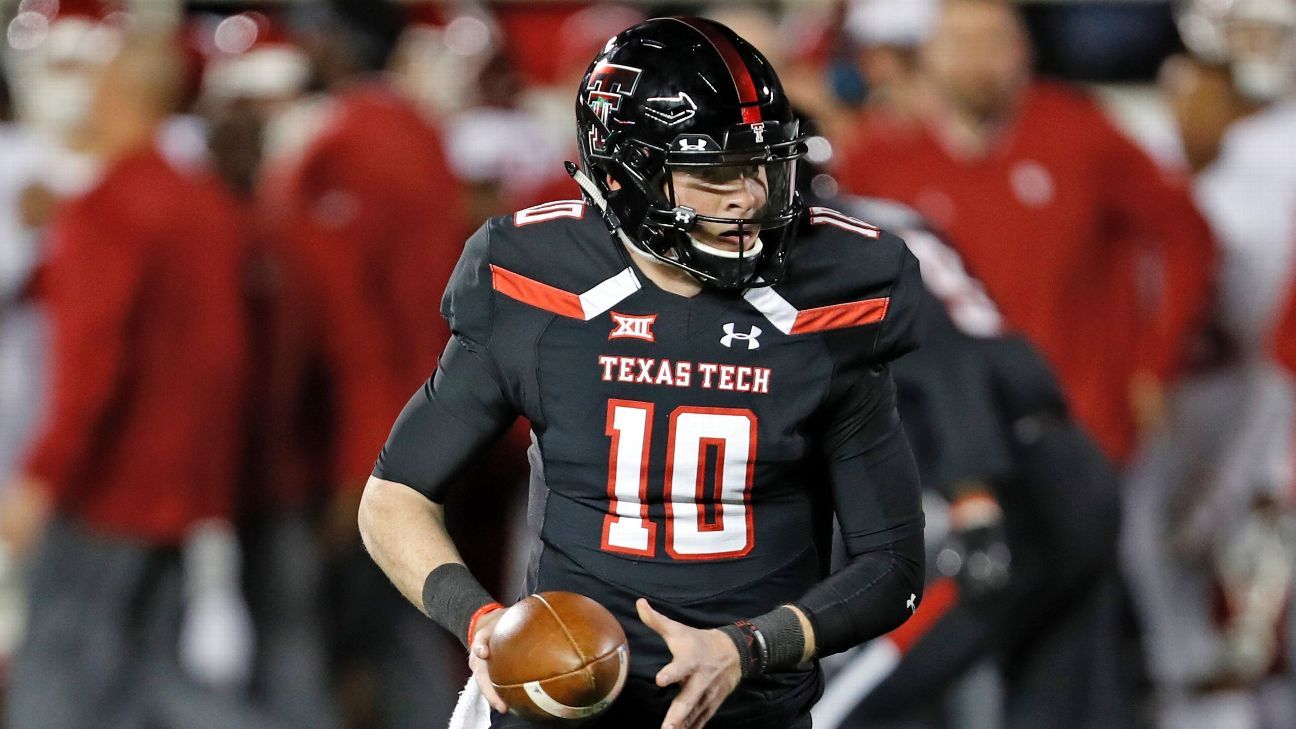 Texas Tech's fresh brother-in-law, Alan Bowman, was taken to a local hospital on Saturday night to assess the "recurrence of a partially collapsed lung," the Red Raiders reported.

Bowman, who originally suffered injury from West Virginia on September 29, Red Raiders led 31-28 mid-term lead in seventh place in Oklahoma, but in the second quarter later the Sooners linebacker was kicked off from Curtis Bolton. He could not start the second half.

Head coach Kliff Kingsbury said Bowman struggled to "catch his breath" during the warm-up before the start of the second half. Bowman then visited the dressing room with Texas Tech athletic trainers and medical staff.

Kingsbury rejected the first reports that Bowman was injured when his head was hit by a football in the heat, saying, "He had nothing to do with his head."

Following the coach's press conference, Texas Tech issued a statement that Bowman was delivered to Lubbock Covenant Medical to "judge" the repetition of his former injury (partially collapsed lungs) in the West Virginia game. "

Jett Duffey took the Bowman on the midfield. After a slow start, the second-year player fired two touchdown passes and ran for another point, almost leading Texas Tech to the nervous position.