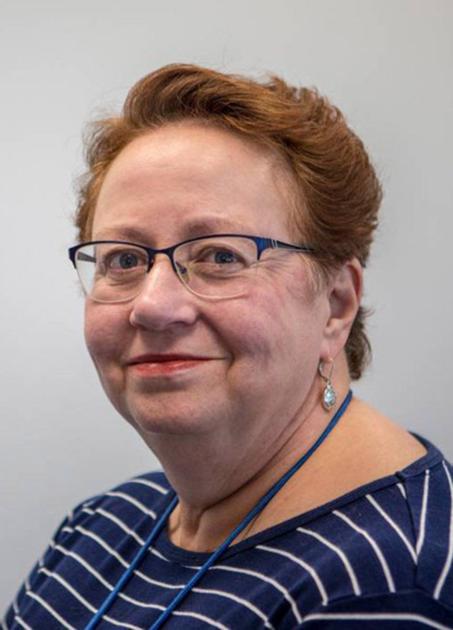 LEXINGTON – When a nurse told me that II. I was in stage invasive breast cancer, I was in the washroom in Lexington Herald Leader.

According to the American Cancer Society statistics, 2,370 Kentucky women have been diagnosed with breast cancer each year; 580 of them die from the disease.

As the nurse said I joined the statistics, I tried to lower the floor to get faint, but my knees were not bent. I kept it to the balance.

"I feel you can not process more information now," the nurse said.

It was cold, it was fine.

I was a 50 year old single mother, a daughter of a high school graduate and a boy at Transylvania University. Will I die before I saw them graduate? Would I meet my brother-in-law, the lake, my grandchildren?

My children surprised the news well. They could not imagine I was dying or so. But they shook like they never said. I remember my son about appointing a much later oncologist who pressed the doctor: "So you do not have cancer in your body, no cancer, anywhere?

I went to a routine mammogram and took additional pictures. The pictures showed suspicious spots that the radiologist wanted to see in the biopsy. But he almost certainly did not have cancer, he assured him. Nine times out of 10, he said, this picture was completely benevolent.

I chose double mastectomy because I never wanted to cross this trauma again. I remember the morning that it happened. A male minister prayed with me; as he took my hand and called on the Lord, he clung to my palm. It was not inconvenient and embarrassing.

Before I was in the surgery, my dad, who rarely showed emotions, kissed my face. I stopped immediately and then I got anesthetized.

When I got up the healing, a nurse immediately began to murmur to me: "It's out in 23 hours, your insurance says you'll be out in 23 o'clock.

I was so excited that I mixed my sentences and the first thing I was told was that I was in the wake of the insurer.

That night about. At 3 o'clock, I tried to draw a nurse to help me go to the bathroom with channels drained through the assortment of missing breasts and other tubes. Nobody came. I stood there with tubular tubes and my breasts disappeared, and screaming pain woke and I cried.

Then I telephoned and called the insurer and told them I could not leave the hospital in the next few hours. To my surprise, the insurer agreed.

After the mastectomy, I received a surgical port for my chemotherapy in my chest. I was treated by a plastic surgeon to prepare my body for reconstruction after chemotherapy; the cage embedded in my chest was tight, and I never got a completely satisfactory breath to reconstruct the breast. The breasts were reconstructed with tissue collected from my lumbar region, which caused a remarkable screaming sensation after surgical intervention.

I started chemotherapy. A quick guide to the chemotherapy given by the responsible nurse told me that if I had boarded with my children during early pregnancy, I would probably have to take chemotherapy: this part was true. I established that I had a garbage next to my couch.

After double mastectomy I got a big diagnosis that quickly ignited: The lymph nodes were clear. The cancer did not spread. Then came the pathological report: I found a single lymphatic lymph node in my breast tissue.

I'll get chemotherapy. In a few weeks I did not go back to work. The nurse who passed through my insurance company, who went through the procedure, said morbidly: "Cheryl, you may not be able to cancel when you go to the bathroom and that's bad."

I told her about her attitude. It seems I have spent a lot of time on people in my breast cancer experience. If someone says something wrong or is badly affected, report it immediately. Breast cancer is insufficient, without harassment and humiliating counseling. Talk to the insurance company again. Your assurance is there. You're not there to make a life insurance company cheap and easy.

Chemotherapy is Doxirubicin, "Red Devil" for good reason and Taxotere. I tell people to watch out when doctors ask for the most powerful anti-cancer rule. They give you.

In my case, drugs made me a painful, half-conscious crowd when enough energy came from the sofa in the mailbox: "Fifteen minutes and I drink." – Half an hour and walk into the bathroom.

I read Anthony Trollope, whose measured cadence and arched observations made him a lifelong fan. I watched "Battlestar Galactica". President Laura Roslin was also breast cancer. Finally he died.

In June, I returned to work after having moved through my daughter's high school graduation.

But I came back too early. Too late I learned that I had to spend at least six months, but I did not feel that I could afford to have a disability pay.

I started receiving Herceptin's transfusion weekly, targeted therapy for my breast cancer type. Herceptin is highly thought out in the breast cancer community and in the Markey Cancer Center at Kentucky University and let me feed my port with WD30 garlic if I thought they would improve my odds. But Herceptin felt like flu was all day.

I was terribly weak and falsified all the ability to make a real report. One day in the Herald-Leader elevator I sank to the floor and sobbed because I had to buy cat food and did not have enough energy to enter Kroger.

On one business day I heard an editor on the partition saying "If only someone was going to the" X "event, that was the thing to stand up and say, I'm sure wherever I go, what was the deadline?

Instead, I pulled my head off the table. Sitting eight hours a day, I pulled straight to the office to keep work and insurance and it was too hard. After a few days I went down to the empty parts of the building, splashed and slept. I've never been tired before or ever since.

Finally, I sacrificed Herceptin's pitfalls: heart damage. The damage is real, but temporary.

Your heartbeat fraction, how well your heart works, fell to a level that caused my oncologist to remove the drug. We only prayed for the optimum benefit of the Herceptin quantity I received, she said, and my heart is recovering.

Meanwhile, the lack of physical activity caused me to begin to pick up my weight, which would lift me up to be more difficult than before diagnosis. This weight was more or less maintained over the next decade until my doctor warned of being diabetic. Now I'm a Keto low carb diet and I have a treadmill in the living room.

After a few days, I admit how good people can be. Mr Peeples, the former federal president of the Lexington City Association and the survivor of the breast cancer, called for a few weeks to get in. A neighbor came to record time one day when I fell into the bathroom and lost consciousness, waking up to a pool of blood around my head. People sent flowers and brought food.

You do not want to go through breast cancer. But if you need mammography, do not deny it. After I began to feel better, I stopped working for Kroger and I would be making them get mammograms. Whenever I was in a group, I regularly started an unpleasant survey of who was up-to-date with their mammograms. I became a mammography maniac.

It may be that those who do not get mammograms have read that mammograms are unreliable in breast cancer or do not like the very short breasts between mammography glass panes. Women who complain about mammography are injured, I say: Try a double mastectomy after flushed tubes where your breasts were, trying to overcome agony to talk, and a nurse whisper to you that the insurance says the hospital in 23 hours.

It's a real pain. Mammography means a few moments of discomfort. I felt pain during the biopsy. My nails could have remained in the nurse holding my hand under my hand, which felt as if her breast was penetrating a drill.

The morning when I went to double mastectomy, I felt great. In reality, I was on a road that, if they did not stop, would kill me.

I'm here 10 years later. My daughter is a peace-loving volunteer in China. My son is a 747 pilot married to a high school teacher with the most subtle spirits.

I wonder what happened to the women I met during my trip. I wonder for a Clay City woman at the "Look Good Feel Better" cosmetic course for breast cancer patients who were on the third cancer cell. And a striking woman I saw in chemotherapy looked out of the window after receiving chemotherapy and wearing a pink tunic sweater and a hat. I bought the hat for my bald head – I still have it – but I never found the source of the sweater. Are these ladies doing it? Are they long alive to achieve their goals?

Sometimes I stop for a moment, touch a flower, look for a few more seconds in the farm view of my deck, grateful for the kids to find out. I'm here to do this and do everything. Part of the medicine is a lucky part.

The first part was scheduled for mammography.