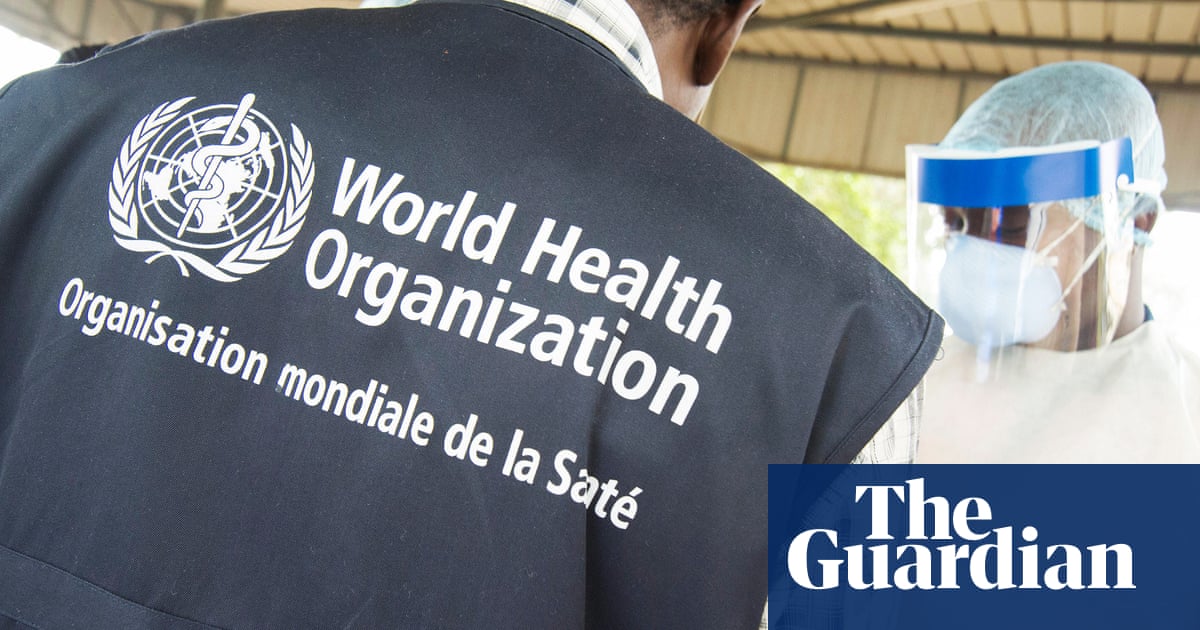 Claims that a senior employee in the World Health Organization filed Ebola Money to fly his girlfriend to West Africa is tied to investigations by the agency.

An internal inquiry was launched by those who follow a series of anonymous whistler emails that allegedly widespread racism, sexism, and mismanagement.

The emails, sent to senior management last year, claimed there was systematic discrimination against African staff and that recruitment processes were corrupt.

Whistblowers have also alleged that staff were misusing money to fight the Ebola outbreak in West Africa that began in 2013 and an outbreak in the Democratic Republic of Congo. The author from one email wrote that "corruption stories about logistics and procurement in [health emergencies department] Are legendary ".

The allegations, some of which were reported by the Associated Press on Thursday, arose in a series of emails, the first of which was sent in April.

The Guardian has learned that the allegations include claiming that money for the Ebola outbreak in West Africa is misused with staff manufacturing a mission so a senior employee's girlfriend, a younger professional, could join him during the Ebola response.

It was also claimed that in an Ebola outbreak in DRC last year, a plane was hired to transport three vehicles from a warehouse in Dubai at a cost of $ 1m (£ 773,000). The Tarik president, a spokesperson for those who have rebounded the claim, said that the agency has shipped 10 vehicles from Dubai in May, because "There are no vehicles available for sale at DRC that met minimum US safety standards at The time ". The cost of transporting vehicles is $ 237,801.

In a statement, the WHO added that the allegations had been "violated by Dr Tedros in global meetings with staff in which he had stated that he had zero tolerance for any kind of misconduct or discrimination".

The statement added that the central management manager is "one of the most diverse and golden-balanced of any United States agency".

However, whistling reports reported intolerable racism, and spoke a recent example, which a senior staff member allegedly "humiliated, disgraced, and bailed out" from the Middle East.

In one email seen by the Associated Press, employees claimed it was "systematic racial discrimination against Africans at WHO" and that African staff were "abused, sworn at [and] Shows contempt for "by colleagues based in Geneva.

E-mails also alleged that the recruitment processes for senior staff are unfair and risk damaging the organization's reputation as it responds to the current Ebola outbreak in DRC.

Those who said he had recently intensified his internal translation mechanisms and added he had "proven reporting processes and dealing with misconduct allegations." The organization has expressed its appreciation of the sincere staff for the staff, saying that it regularly reports on the outcome of substantiated allegations.

However, Edward Flaherty, a lawyer who specializes in international litigation, said these claims should be subject to an external inquiry.

IOS, the Office of the Internal Oversight Service, was convicted by a recent independent report on culture in UNAIDS, the health agency that spearheads the fight against HIV. The report reported that the investigation of UNAIDS, which falls under WHO's thrusts, is "susceptible to burdens and influence charges".

"I have no confidence in IOS, based on my great experience with them, that they will come up with the right answers," Flattery said. "People who run [the investigations] Leave central officials to maintain their positions. "

The UNSAD report stated that IOS employs an "erroneous and misplaced high standard of proof" when investigating claims. The report was fairly critical of Business Oxygen, US. There. "Utah Director, Warning That He Has Set a Tone of" Favoriteism, Precedence, Opaqueness, Permission for Wrestling, and Retaliation Against Those Speaking Against Such Practices ".

Over the past year, the UN And international charities have come under increased scrutiny over their handling of bullying, harassment, and sexual misconduct claims. On Wednesday, a UN Poll found that one-third of staff and contractors had experienced sexual harassment in the past two years. Only 17% of the respondents responded, a secretary general, António Guterres, described as "moderately low".

In a letter to the staff, Guterres wrote: "This tells me two things: first – that we have a long way to go before we were able to fully and openly discuss sexual harassment; and secondly – that it could also be An ongoing sense of mistrust, perceptions of inaction and lack of accountability. "

According to the survey, less than half of all respondents agreed or strongly agreed that personnel who sexually harass others would be considered accountable.