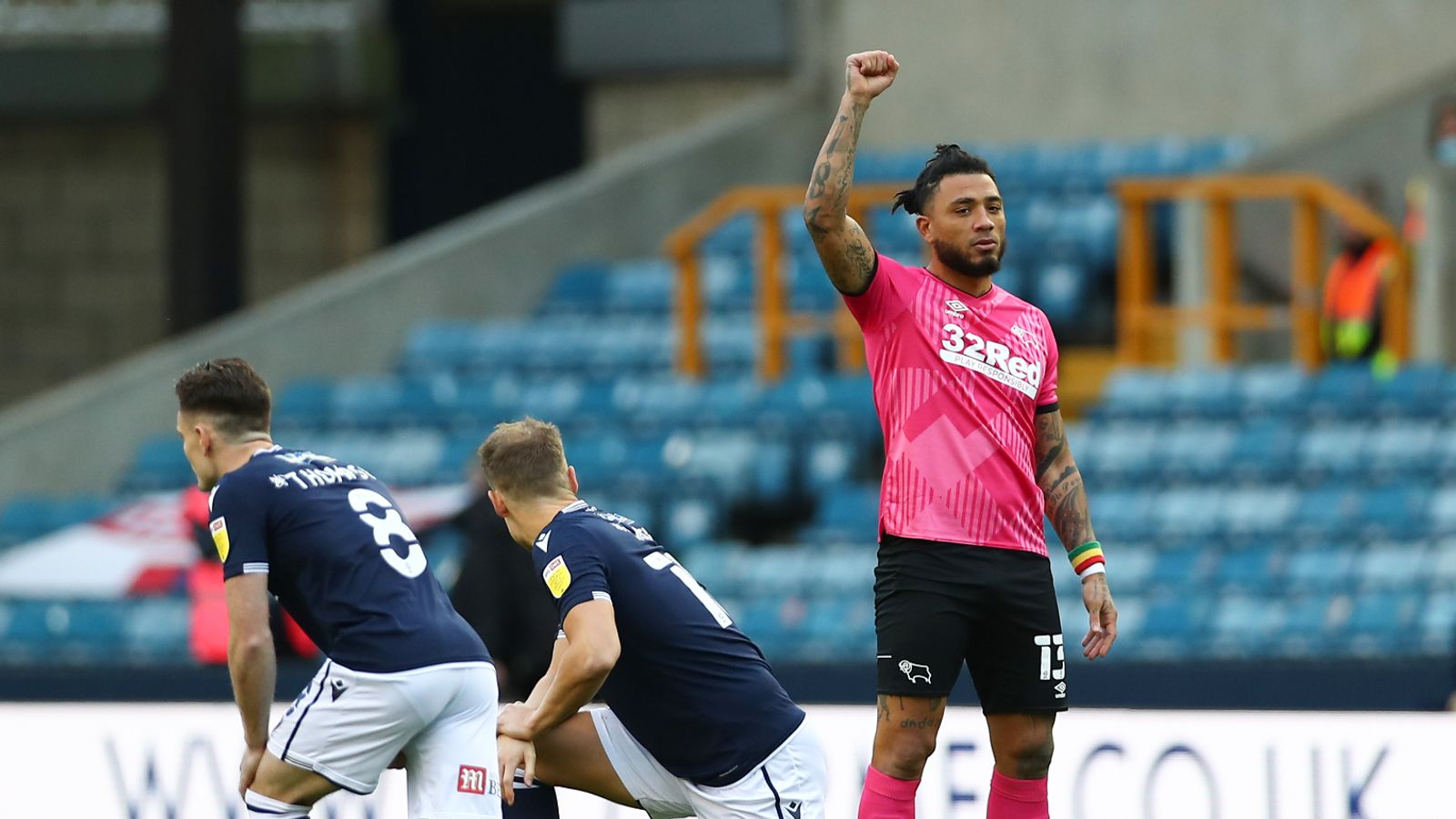 Millwall Football Club says it was “dismayed and saddened” by its fans booing players when they took the knee yesterday in support of the Black Lives Matter movement.

D Jearing happened At the start of the team’s match against Derby County in the den, attended by about 2000 supporters.

It was the first time fans were able to watch the stands since the Coronavirus Pandemic stopped games in March.

In a statement, the club said it had “worked tirelessly in recent months to prepare for the return of supporters, and that what should have been a positive and exciting opportunity was completely overshadowed, much to the chagrin of frustration and outrage of Those who have contributed efforts “.

The statement added: “The impact of such incidents is felt not only by the players and management, but also by those who work in the club and in its academy and community trust. Day after day, year after year.

“The club will not give up its fine work in vain.

“The players Continue to use the biggest platform they have to support the drive for change, not just in football, but generally in society.

“There is a lot of work to do and at Millwall everyone is committed to doing everything possible, both individually and collectively, to be a force for good and to ensure that the club remains at the forefront of the anti-discrimination efforts of football. “

The club has said it will meet with the team’s academy, community trust and kick it out, to seek “a quicker solution”.

It comes after the Football Association (FA) said it “strongly condemns” supporters who “actively vote their opposition” to players who take a stand against discrimination.

In a statement, she said: “The FA supports all players and staff who wish to take a stand against discrimination in a respectful manner that includes knee-jerk behavior, and strongly condemns the conduct of any spectator who actively votes against them. Such. Activities. “

Derby striker Colin Kazim-Richards, who stood with a raised fist when players took the knee, branded the Booing as an “absolute disgrace”.

Footballers have taken a knee in the beginning of matches since football resumed in June as part of global sporting protest against racial injustice, police brutality and systemic discrimination against black people.

Millwall manager Gary Rowett was disappointed that fans bowed when players from both clubs took a knee before the match against Derby, but also stressed that Millwall as a club have done a lot of work to campaign against racism.

Before Saturday’s game, Millwall players released a statement signaling their intent to continue the gesture before matches until the New Year.

Millwall boss Gary Rowett said he was frustrated that the return of fans was overshadowed.

He told Sky Sports: “I am disappointed that we are talking about this, when we should talk about this fact, we are all back and we will again enjoy the football match.

“The club does a huge job on anti-racism and the club does a lot of work in the coffee, and there are some really positive stuff, so of course I’m disappointed.”

Wayne Rooney, the Derby’s temporary boss, said it was very wonderful to hear the tag.