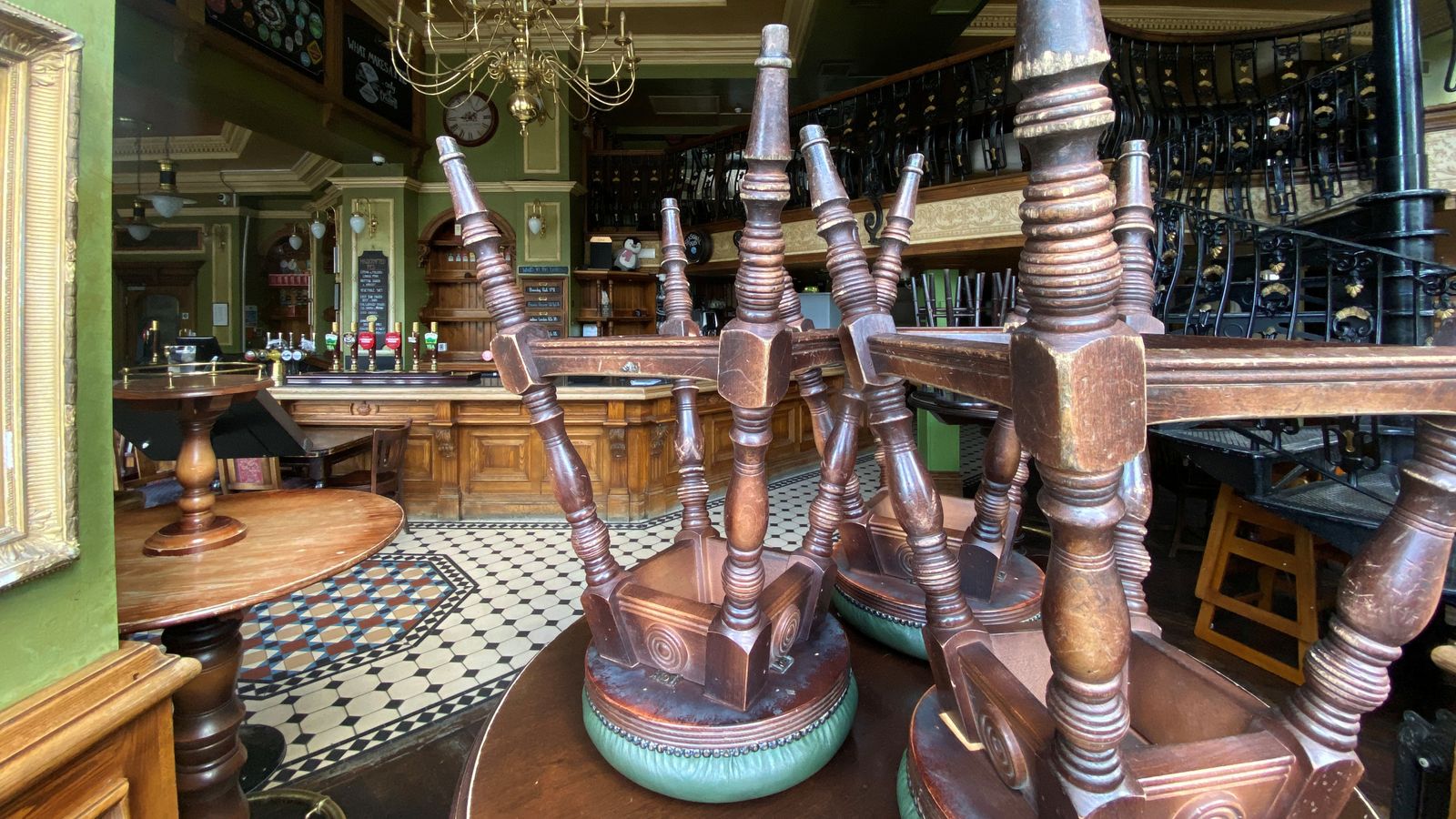 Pub and bar operator Mitchells & Butlers has revealed that 1,300 staff were redundant when the COVID-19 crisis bites.

The group behind chains, including Harvester, All Bar One and Toby Carvery, reported that it slowed to a pre-tax loss of £ 123m for the year to 26 September, compared to a profit of £ 177m a year ago.

It adds to big cats that rivals have already announced with Green King Access 800 employees While fuller was 350 redundant.

Mitchells & Butlers revealed earlier this year that they were consulting about working cuts and closing 20 pubs and restaurants, but until now have not said how many roles would be affected.

The revelation comes as a letter from more than 50 pubs and brewing businessmen to the prime minister claims that the industry is “scapegoated” by Recent restrictions.

It claims the sector, which employs hundreds of thousands of people, faces “exceptionally harsh and unfair treatment” with tight rules, especially for pub-led pubs despite people being allowed to mix in homes over Christmas.

The letter calls for saying that justifies the measures to be published and to give pub of up to £ 12,000 each to pubs to help them survive.

The company said 99% of the workforce was relegated during lockdown earlier this year, benefiting from £ 165m of government support to pay their wages.

But the group added: “Despite our best efforts to protect as many jobs as we can, we have to make round 1,300 transfers after the end of the financial season.

“The reduced levels of activity and closure of a small number of our sites meant that we could no longer support these roles.”

The company reported a 34% decline in revenue for the year largely due to coronavirus restrictions while the bottom line profit figure was also affected by a £ 93m hit with the move of its properties.

It said the future was “both challenging and highly uncertain” and dependent on restrictions imposed for the hospitality sector.

Please use the Chrome browser for a more accessible video player

The state of the UK’s pandemic-hit economy

The city’s chief executive, however, said the group was in a “strong position to enjoy when consumers can eat outside again”.

Chief executive Simon Amani said the release of a COVID-19 vaccine was “excellent news for the future”, but sounded a warning about coming months.

Mr Emani said: “We are optimistic about the future in the medium term and beyond, but there is no doubt that this will be a tough winter and a very different Christmas.”