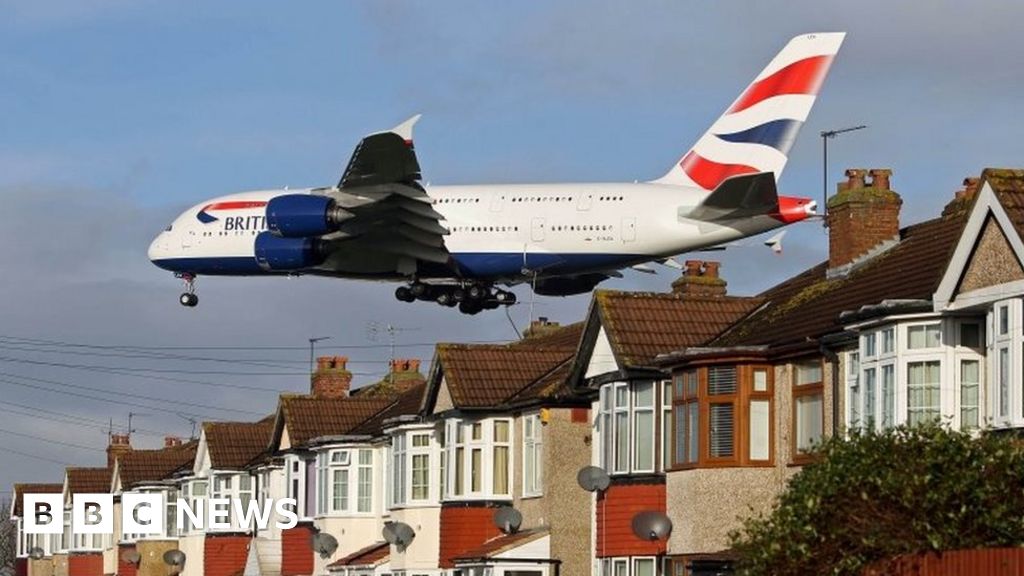 Concerts on climate change may limit the growth of flying in the UK, the government has admitted.

The Attorney Committee on Climate Change (CCC) has recently said the UK planned increase in aviation should be curbed to qualify for CO2.

Now a central civil servant told a green group that resource ministers might have to review the aviation strategy.

The group says climate concern is so high the decision on Heathrow expansion should be brought back to parliament.

The Department of Transport defends the proposed Heathrow expansion, so it would "provide massive economic boost to businesses and communities" across the UK, all at "no cost to taxpayers and in our environmental obligations".

There is a crucial time for Flying, with policy on aviation due to 2050 currently being consulted.

When the government expressed the proposals for increasing aviation, the UK has an overall target of cutting CO2 emissions by 80% by 2050.

But the CCC has recently lifted the bar on ambition to recommend that Britain adopt a net zero emissions target.

That's why hanging out compensating for any greenhouse gases or plucking the CO2 and storing it, or planting more trees.

Under the previous 80% scenario, Aviation has a privilege position. Its expansion would be counter-balanced by additional CO2 cuts in other sectors like industry.

The CCC makes it clear this is not an option in a zero-carbon Britain. It says people will continue to use waste-based fuels or – in the long-term – electricity.

However, the growth in aviation must be constrained.

The CCC will make further recommendations on this issue in the coming months.

How was the news revealed?

In a letter to a tiny press group, Plan B, the Caroline Lou Department of Transport (DfT) aviation head said: "It may be necessary to consider CCC's recommended policy approach for aviation."

This may well be a cautious civil servant covering bases, but for design, there is an admission that the DF will have to confront the idea that concerns over climate change can upset people's desire to fly longer.

Tim Crosland of Plan B has told BBC News: "We are pleased to see the government earnestly review the expansion of Heathrow.

"Since the (Heathrow) proposal was approved, there have been huge developments.

"The Intergovernmental Panel on Climate Change Release released the final conflict of more than 1.5k average global warming, Parliament's recognition of a state of climate and ecological emergency, and the CCC's advice that it was necessary for those UK to reach net zero emissions by 2050, "Mr Crosland said.

"The government can either take the necessary action to avoid climate breakdown or it can stay as normal as expanding its aviation, the most polluting mode of transport."

Mr. Crosland said the Scottish government said this week would reveal its support for Heathrow in the CCC's net zero report.

And he called the Heathrow expansion to return to Parliament.

In response, the DFT said: "We take our commitment to the environment very seriously, and we will give careful consideration to the net release.

"No decision is required to review the National Policy Statement, but we are legally obliged to consider requests like this."

Prof Kevin Anderson, of Manchester University, told BBC News that the treatment of aviation growth would be politically feasible because, in his opinion, most of the flights were taken by the rich.