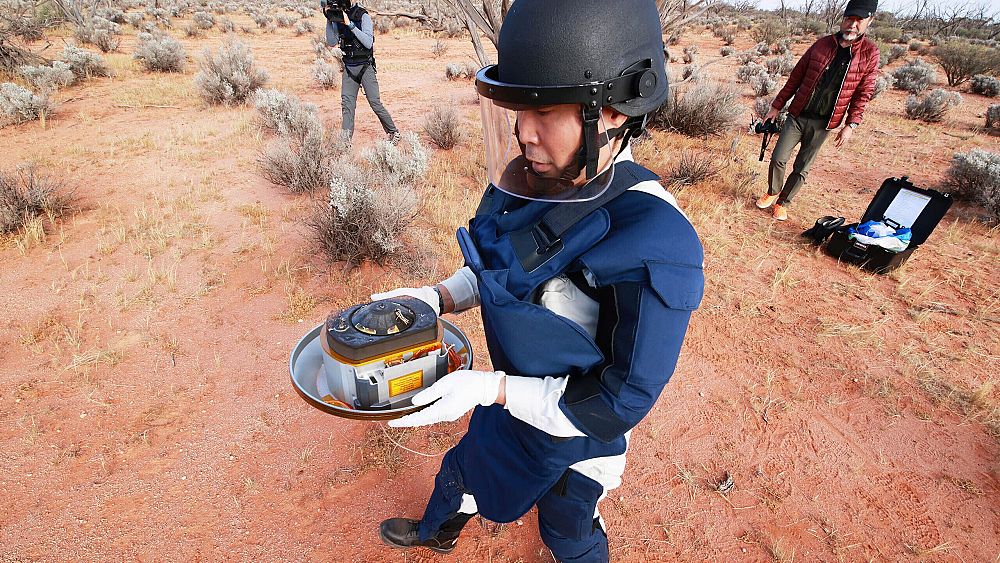 A Japanese mission to collect the first samples of asteroid surface was a success, after the capsule with the material landed safely in the Australian outback.

The space shuttle Hayabusa 2 released the small capsule on Saturday and sent it to Earth to provide samples taken from beneath the surface of the asteroid Ryugu, which it left a year ago, 300 million kilometers from Earth.

This is a first in space history – the successful collection of underground samples of an asteroid, which are some of the oldest objects in the solar system, and thus may provide information about how the solar system evolved.

Hayabusa2 has twice touched on Ryugu, first collecting dust samples in February 2019, and then performing the more difficult task of collecting subsurface material in July that year.

To do this, it blasted a crater into the ground surface before it landed in it.

Ryugu in Japanese means “Dragon Palace,” the name of a sea-bottomed castle in a Japanese folk tale.

The capsule containing the expensive space cargo landed successfully in the remote Australian outback, in the sparsely populated area of ​​Womera in South Australia.

About two hours after entering, the Japanese aerospace exploration agency (JAXA) said its helicopter search team had found the capsule in the planned landing area. The retrieval of the pan-shaped capsule, about 40 cm (15 inches) in diameter, is completed after two hours.

“The capsule collection work on the landing site has been completed,” the agency said in a tweet. “We practiced a lot for today … it ended for sure.”

The capsule descended from 220,000 kilometers far after it was separated from Hayabusa2 in a challenging operation that required precision control.

JAXA officials say they hope to conduct an early security investigation in an Australian lab and bring the capsule back to Japan early next week.

The return of the capsule with the world’s first asteroid subsurface samples comes weeks after NASA’s OSIRIS-REx spacecraft made a successful touch-and-go capture of surface samples from asteroid Bennu.

Meanwhile, China announced this week that its lunar lander collected underground samples and sealed them in the spacecraft for return to Earth, as space-developing countries compete in their missions.

Thomas Zurbuchen, a Swiss-American astrophysicist and the associate administrator of NASA’s Science Mission Directorate, congratulated the Japan space agency and “the many people in Japan and beyond who have made this possible.”

Zurbuchen wrote on Twitter: “Together we will gain a better understanding of the origins of our solar system, and the source of water and organic molecules that may have seeded life on Earth.”

Scientists say they believe the samples, mainly taken from the surface of the asteroid, contain valuable data that are not affected by space radiation and other environmental factors. They are particularly interested in analyzing organic materials in the samples.

JAXA hopes to find clues as to how the materials are distributed in the solar system and are related to life on Earth.

Makoto Yoshikawa, the mission manager of Hayabusa2 project, said that 0.1 grams of dust will be enough to carry out all planned research.

For Hayabusa2, this is not the end of the mission it started in 2014. It is now headed for a small asteroid called 1998 KY26 on a way to take 10 years one way for possible research, including finding ways to prevent meteorites to Hit the ground.