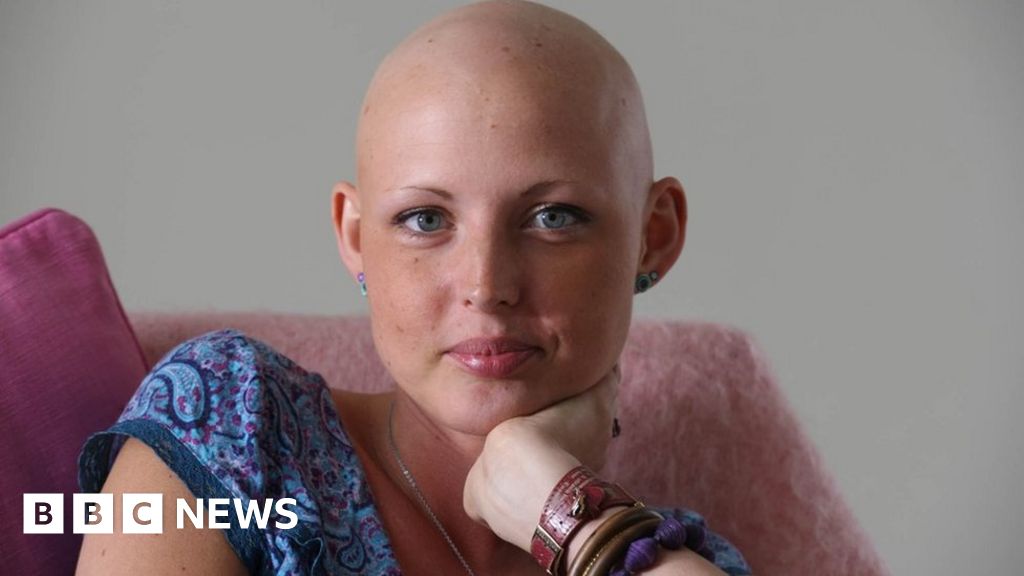 In 23 years, Chris Halnga was diagnosed with terminal cancer. The average person who gave this diagnosis life for two and a half years, but 10 years later she wants people to know that it is possible to hit the odds.

A tightrope artist walks along the line created by Mazel Halga's mastectomy scar.

"I got the tattoo maybe three years ago now, it's to represent the weight of any illness with life and everything else," she says.

"I didn't want to fit the scar, but I wanted to feature it in the art."

Chris has never tried to hide or deny her condition. Instead she had armed it as part of her life.

"What happened to me couldn't really be changed, and I think getting gifts with accepting your situation is much better than fighting anything. That's why I don't see the cancer in my body as the enemy, because I don't think it I think we need to work with it rather than against it. "

When diagnosed with advanced breast cancer in 2009, she decided not to get angry, but instead set up a charity called CoppaFeel, to raise awareness among young people and encourage them to check their breasts regularly.

Even before her diagnosis, she has become aware of poor life. She's left over the fifteen deaths of a grandmother. Then, five years later, her father died.

"When I was diagnosed at 23, I was already suffering from mortality and that we were not going to live forever," she says. "So I think that helped with my attitude and coping with the reality of the situation."

On the 19th of February, 10 years, she had been exposed since she was told she had stage-four breast cancer.

"Stage-one disease is very small, limited to the breast," says Chris's doctor, consultant clinical Angkologist Dr Duncan Vitatley. "Stage Two and Three are when there is a spread to the lymph glands around the breast, so stage practice is when it spreads far away from the breast, whether it be liver, lung, bone, brain."

He says there are different degrees of stage-four breast cancer, but they are almost always incurable.

Chris's cancer has already spread to her pelvis, liver and hips and she also had a tumor in her brain.

"When I was diagnosed, I don't think I'd die in the two-and-a-half years – which is statistically what you gave when you were diagnosed with stage practice – but then I didn't think I'd survive. Live for a really long time. I just didn't really have a timeframe. "

She says that no doctor has ever given you a personal prognosis, and she says she's happy about that, "because I think that would really hold me back, and I don't believe in those timescales".

Her own doctor, thanks to Vitatley, says survival rates vary depending on the biology of the disease – some of them may be much worse than others, even if they look the same. But there have also been scientific advances over the past 10 years, so a few of the drugs that have been given were not diagnosed when she was first diagnosed.

"The treatment options are expanding," he says. "So [we can] Treating breast cancer more like a chronic disease rather than something that relieves you quickly, in the same way you treat high blood pressure and heart problems like a chronic disease that you do not get rid of, but you can keep people going. "

Breast cancer survival rates are increasing over the last 40 years, according to Macmillan Cancer Support, thanks to improved treatments, increased awareness and faster diagnosis. In the 1970s, about five out of ten survived after five years of diagnosis, but now more than eight out of ten.

The earlier the diagnosis, the better the chances of survival. Nine out of 10 women live five years with a single stage breast cancer, compared to one in 10 women who have been diagnosed with stage four breast cancer.

Patients like Chris who do much better than predicted are often referred to as "long-term survivors".

It is written in the contracts of all CoppaFeel staff that they take the day off every February 19 and do something that reminds them of what is so great. This could be spending this day with family or going to see an exhibition they are meant to see.

This year Chris is planning to have a party with friends and family.

"I would like to look over the last 10 years and have a good laugh about all the stupid things we got up and all the Milestones for the charity." I think it will be really fun, "she says.

She has grown a lot like a man in the last 10 years, but one thing has always remained the same – her pastity.

"I am not a very sure person before I was diagnosed, so I would not recognize the person that I was the day before I told I had cancer, she is very funny to me now," says Chris, "but it is Been 10 years and I think you change a space between 23 and 33, so it's probably commonplace for many people.

"But I like what I am and I like what I've grown to be and if it's rock that's done, then so be it, I think that's okay."

Chris says you are determined to raise awareness among young women is "one of the main reasons why I am still here".

"I think this is the goal and I need to get out of bed – I mean it means Mundane – but when you're sick you don't sometimes fancy."

She feels the actual results of her work will not be seen until the young women are urgent to check their breasts begin to reach the middle age.

"When they get older and they hit the age of the elderly when breast cancer is really rough, when they are older, when we will probably see the real impact of our work, because they will know their boobs so well and then. Get an early diagnosis. "

Although she stepped down as CoppaFeel's CEO a couple of years ago, she was still working for the charity part-time. She also moved from London to Cornwall, where she lives with her cat, to be closer to her twin sister, Maren.

"I do a walk on this beach once a day," she says. "I just find it so much easier and better to be calm and grateful for this huge expanse and so I love being out. I love spending time with friends. I love cooking, I love food, I love all the good stuff, nothing crazy. , My hobbies were not crazy .. I just like being alive.

"Just spending a day with my twin sister where we go and try out a new cafe and go for a walk and go home and watch some attempting telly – which is a cool day for me."

But she also keeps doing things that are out of the ordinary sometimes. At the end of last year, for example, she participated in a music video for the girl, Little Mix. The song, called Strip, promoted female body confidence and brought together inspirational women.

"I got to choose what I was wearing and I wanted my maskcto tattoo to be visible," says Chris. "I wanted that to be quite an obvious thing I didn't want to wear anything with my prothesis. No one told me I had to make it clear that I only had one breast, but for me it is. Are we important, otherwise why are we taking part in the video?

"There is a lot of pressure on women to be symmetrical, with cancer or without, and I have had articles from people since the video [saying], "Today I went without my prosthesis, I just couldn't be." [bothered] To wear it, and I feel better about it, so it's really cool.

Chris wants to be like the tightrope walker in her tattoo, striking a steady weight between her life and her condition but doesn't always succeed.

"I'm not always fully balanced and able to control everything at all times, especially when the cancer has decided to be active again, then I get to Tailspin," she says.

"But I think what once we know again that I've had difficulties in the past, and I've gotten through them. I'm already done so much with my life. I'm really happy with what I have. "So I think I can be really proud of that. And it's not submitting to death, that's just saying," Well, I don't have the print anymore. & # 39; "

Recently, Chris discovered her cancer has progressed and she describes herself as being in "Limbo Earth" at the moment of treatment.

"The other day I had some brain lesions zipped with special radiation therapy," says Chris.

"That stuff is amazing, I've had quite a lot and so my brain is now under control – my liver isn't – so we're trying to work out the next steps, but I don't want to rush into anything.

"I haven't opened the chemotherapy cabinet for 10 years, so I would do that, I don't know, but I take those decisions very seriously."

"I wish I could not meet you this way," Duncan said, "but she is a very inspiring person because of all that she has done and continues to do."

One Christmas Eve, Carri-Anne, was told she had breast cancer. After releasing the news, a few weeks later she got another great shock – she was pregnant for three months.

Read: They told me I have cancer – then they said I was pregnant