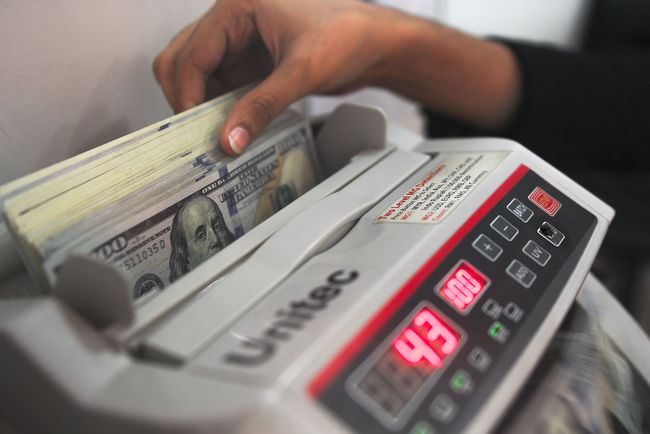 The introduction of martial law in 10 regions of Ukraine Leads to additional pressure on the hryvnia exchange rate – the official green rate has already exceeded 28 hryvnia. However, there will be no deep devaluation of the national currency. Such forecasts are voiced by Ukrainian bankers.

"In the absence of extra economic and political shocks, a timely and balanced exchange rate correction policy of the National Bank, the course will soon be fixed in the area of ​​вЂ <вЂ <the mark of 28 UAH / USD." – Predicted the director of the Treasury of the bank "Credit Dnepr" Oleg Kurinnoy.

He added that the introduction of martial law can cause a temporary unbalance of supply and demand of currency. The labs of the money market make the "Spin-Spinning Spiral" effect. But the regulator, in turn, controls the situation on the interbank market, and if necessary, it goes out with the sale of currency in order to prevent sharp jumps at the exchange rate.

Chairman of the Board of RVs Bank Vladislav Kravets, in Drive, warned: Since the National Bank will not enter the interbank market with the sale of the dollar, the hryvnia may fall in price to 29 UAH / USD. At the same time, on November 27, between Dollar growth above 28 hryvnia on the interbank market NBU announced auctions for the sale of currency.

"There will be no deep devaluation: the average annual rate will not exceed 29.3 UAH / USD. After the lifting of martial law, the hryvnia will begin to strengthen" – keeps krawatts.

President of the Board of Ayboks Bank Galina Heilo believes that the trend after the introduction of martial law will become more volatile.

In this, the Chairman of the Piraeus Bank, Sergei Naumov, believes that the hryvnia will begin to strengthen in a few days.

"We see a win of the hryvnia because of the rush of the population, there are no serious economic prerequisites for further decline only panic, especially in regions where the martial law is introduced, are moving the hryvnia down for a few more days we will Live in an unstable cash rate, the rate will be withdrawn ", Said the banker.

Earlier website "Today" is a fact As an increase in Russian aggressive and martial law will affect the economy of Ukraine. Experts warn: Panic is a major threat to the economy than the martial law itself.