Tax demands Naftogaz 16 billion USD for a victory in Stockholm 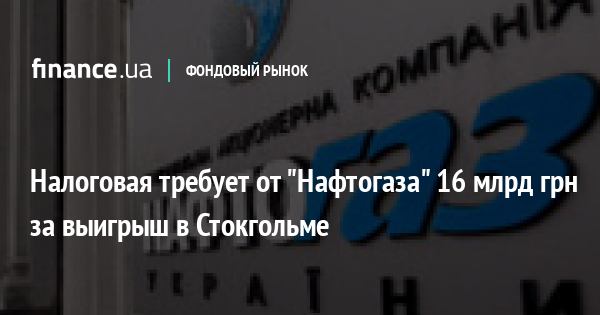 NAC "Naftogaz Ukraine" received a notice of tax for the understatement of tax liabilities for payment of value added tax of EUR 16.3 billion in connection with the company again received a dispute with "Gazprom" in the Stockholm arbitration on the transit contract.

This is stated in the draft prospectus on the issue of Eurobonds. NAC.

"Naftogaz" opposed the withdrawal of the tax audit and on the date of this prospectus for securities there was neither a revised decision of the tax authorities nor changes in the company's position, "says the document.

NAC explains that the arbitration process in Stockholm allocated US $ 4.63 billion, of which US $ 3.87 billion – damages for losses and damages, and $ 0.76 billion in interest.

However GFS the total amount of compensation payable for the services to be charged is considered VAT in 2018.