Sex scandal with policeman Varchenko and student Bureik – all details 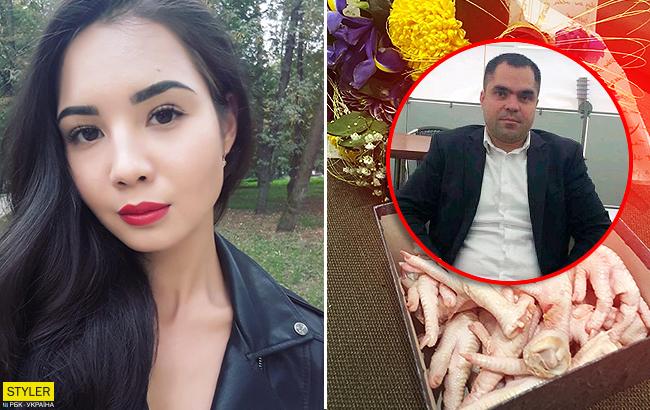 A loud sexual scandal connected with the accusations of student Natalya Bureiko with a police officer in the National Police Alexander Varchenko has gained new details.

So, after the publication of a complaint by KPI students in the media, many Ukrainians have suggested that the page on which the publication is published is a fake. It is true that the famous blogger and lawyer Klim Bratkovsky once again knows this.

"Many journalists have a question – to print the news of a sexual scandal or not?" Fake or not? "There is no suspected girlfriend's account, I doubt that the girl is real.It was alleged that the girl's side was lying-it's not a fact if she was hacked There are two posts. It could be a fake Tinder account – yes, it can, but needs to be proven, "said Klim on Facebook.

But MEP Anton Gerashchenko stressed that Varchenko and Bureiko are victims of well-designed and cynical provocation. The politician warned that Natalya worked in the modeling agency and that she is married to the State Police Department for economic protection of the state police and has a 12-year-old son.

"Hackers who use public photos Alexander Varchenko registered an account in a social network of acquaintances. Then she started correspondence with a potential victim – a young pretty student Natalia Bureyko who, as a member of the security forces, could deal with a girl who used her official position That's why Natalya was left to despair and a public statement that she was threatened by a national police officer, "said Gerashchenko on his Facebook page and called on social network users to" develop critical thinking and not believe everything they write there. "

According to the former adviser, the head of the interior ministry, so the provocateurs wanted to "harm the Varchenko family, taking into account the importance of the job occupied by his wife (Olga Varchenko – First Deputy Head of ADB – Ed.)" Police. "

At the same time Alexander Varchenko himself spoke about the situation and said that he and his family were exposed to a monstrous attack. Varchenko said that "he was never acquainted and did not perform any correspondence in any MP with Natalia Bureika."

"I do not exclude that hackers created an account using my photographs and this provocative correspondence with Natalya Bureika was derived from him. I think this information attack is related to the fact that my usual wife Olga Varchenko is the first deputy head of the state office has become a bone in my throat for many. It has recently publicly announced provocations and dirty media attacks. I suspect that this is just the beginning … I love my family and I will not allow anyone to use my name for serious provocation, "said Var EHKO.

By the way, with the provocation intended to shame Olga Varchenko, Bratkovsky disagrees.

"The pressure on his wife is nonsense, does not affect his usual wife, he can only sympathize with her. There is no obvious forged post, such scandals are common. For example, a good family husband, an official of the SBU, proved himself a pedophile, he became acquainted with the girls in VK "- said the blogger.

However, now the police find out who, and for what purpose, has intimidated Natalia Bureiko.

"Natalia is not under threat by the national police, but the police will do everything to find invaders who are dirty, cynical provocation," said Gerashchenko.

Recall that the student of Kiev Natalya Bureiko charged the deputy head of the department for economic protection of the national police Alexander Varchenko, in apparent harassment, followed by messages with threats of humiliation. She also published a photograph of a bouquet of flowers and a box of chicken legs, which the official allegedly sent him to.

We previously reported that within two years of the campaign, Google forgave 48 workers for allegations of sexual harassment.