Home / ukraine / Premiere of Once In Hollywood – Leonardo DiCaprio, Quentin Tarantino and Brad Pitt on the Red Carpet – Photo 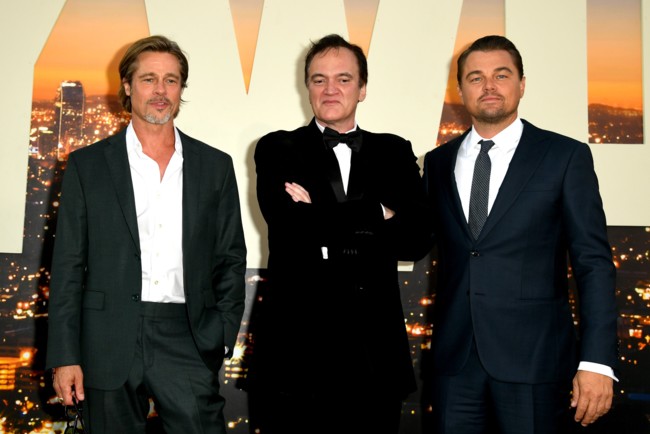 Famous actors placed on the red carpet in Hollywood

Today, July 22, in Los Angeles, the premiere of the most anticipated film, once upon a time in Hollywood, died out, directed by Quentin Tarantino. Of course, such an important event in the cinema world was not without the spectacular appearance of the main characters of the tape – Leonardo DiCaprio and Brad Pitt, As well as the creator of the image.

On the carpet to these three beauties of Hollywood joined another main character of the film – actress Margot Robbie. Celebrities have created a real feeling, not only with their amazing outfits, but also with charisma. Actors with pleasure placed in front of camera photographers and in a good mood.

Margo Robbie himself among the star gentlemen looked like a beautiful white flower, wearing a milky-colored Chanel evening dress with a deep neckline. Her image was complemented by luxurious curls.

Recall that the Sony film studio recently showed only two new videos of the upcoming Ninth Movie Quentin Tarantino "Once upon a Time in Hollywood", which has become one of the most anticipated images of the summer.

Read the most important and interesting news in our telegram