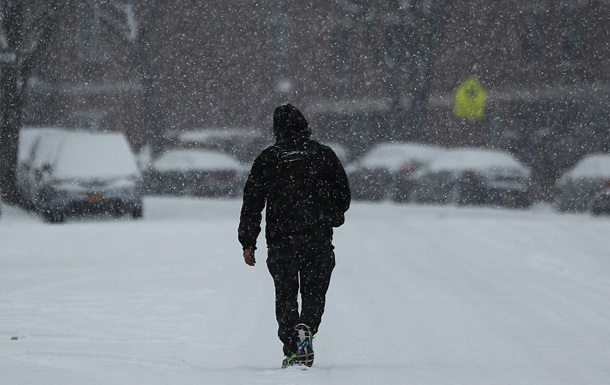 While it is impossible to predict whether there will be snow on the New Year and Christmas, wrote meteorologist Vera Balabuh.

Winter in Ukraine this year will be warm, in December and January in most areas the average monthly temperature will be above zero. About this on Thursday, November 15, Ukrainian Pravda writes with reference to the Head of the Department of Applied Meteorology and Climatology of the Ukrainian Institute for Hydrometeorological Research Vera Balabuh.

According to her, a temperature anomaly is expected in December.

"The average monthly temperature in December may be 1-2 degrees higher than at the beginning of this century.In the territory of Ukraine it will be above zero. It is somewhere from + 3-4 in the regions of Sumy and Chernihiv to + 6-7 degrees in the south of Ukraine and Transcarpathia ", – said the meteorologist.

January, as reported by Balabuh, will be even warmer.

"The average temperature in January may be 2-3 degrees above the climatic norm, if it ran from -3 in the north to +3 in the south, this year we expect the average monthly temperature in Ukraine to be above zero. Only in the north and north-eastern regions they will remain negative. This is from -1 in Chernihiv, in the Sumy regions up to +5 and higher in the south, "she said.

According to the meteorologist, the average winter temperature is 2 degrees above normal.

At the same time, Balabukh said that it is still not possible to predict whether there will be snow on the New Year and Christmas holidays.

Let's remember that this week the temperature in the country will fall to -8 degrees, and it will be rain and blind.