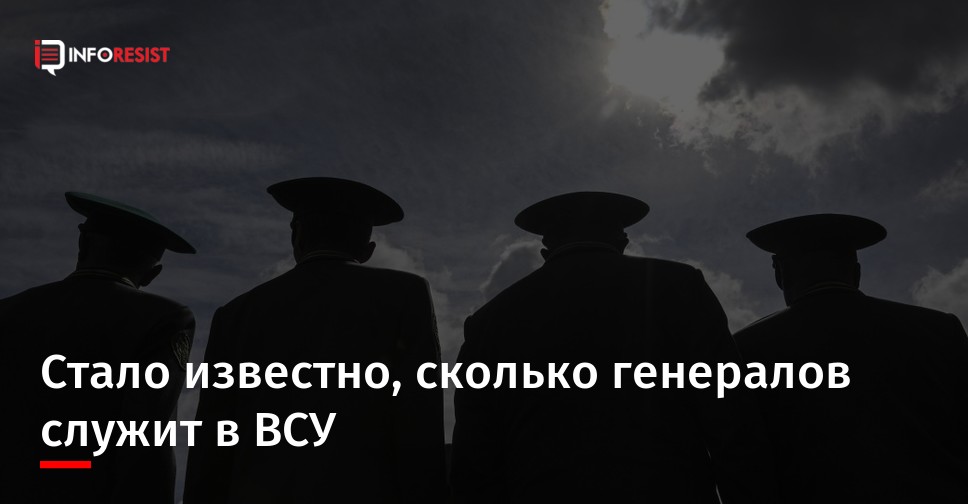 Before leaving, President of Ukraine Petro Poroshenko awarded 24 generals "ranks to officers of the SBU, the State Border Service and the Armed Forces of Ukraine. As of the beginning of May, before the president's new personnel decisions, 112 generals served in the Ukrainian army. This was reported by an information reporter at the Ministry of Defense.

Thus, among the current 112 generals, most of the military rankings are Major General – 72 people. Latent generals – 32. One general of the Ukrainian army, Viktor Muzhenko and one admiral, serving in the armed forces of Ukraine.

175 generals are in stock. Since its inception, no general has been dismissed by a court decision and has not been deprived of its military rank. At the same time, 117 officers have received general ranks since April 2014. 42 generals from the beginning of the US resigned or stocked.

The data for the generals are given without taking into account those who serve in the main Intelligence Directorate.

On May 9, Petro Poroshenko awarded the rank of general to 17 officers of the Armed Forces of Ukraine. Thus, 129 generals are now served in the APU.