Use of chocks for SBB's successor company in Borlänge – the executive director was fired, layoffs are ongoing 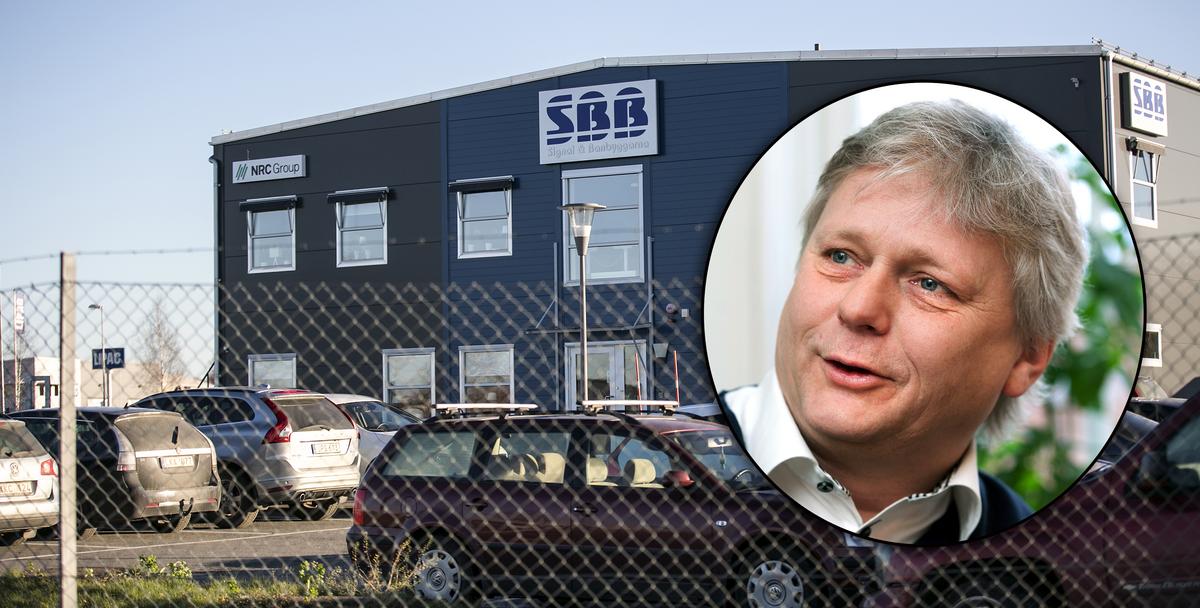 SBB is a contracting party in the railway industry. For many years the company has grown strongly and in 2012 was the name SBB for this year's gas company in Dalarna. Over the past six years, the number of employees has increased from 70 to almost 100.

According to DT data, a reduction in the number of employees is expected in Borlänge.

A person in a company who wants to be anonymous tells the newspaper that it is now very unclear.

How difficult is the company affected?

– Closure is not an issue, but some divisions end.

Will this decrease be?

Will Borlänge be affected?

– Absolutely – this will affect Borlänge and to the south.

How many services will affect this?

– We do not know anything yet. Nothing is clear. They are still negotiating with trade unions and so on.

Have you known problems for a long time?

– Yes, as far as we are busy, it's full of speed as usual. We have a lot of obligations and need to be completed.

SBB President Egon Franko Reichl confirms that negotiations are taking place, but they do not want to go to what they are talking about.

– Negotiations take place with the trade union and before they are ready, I can not and will not comment on the situation.

What are the negotiations?

– I do not want to comment. However, the next week should be done, and then there will be a collective decision on the information.

But is Borlänge affected?

A major change was made in July 2017. The SBB was then sold to the Norwegian rail and ground contractor NRC. According to Pär Opard, who was then director and partner, the sale price was "very under 100 million."

The purchase for NRC does not meet expectations. The company's interim report, which came two weeks ago, is a disappointment:

"The result in the SBB in Sweden was disappointing in the quarter, which had a negative impact on our profitability. The company acquired in July 2017 did not perform as planned for the time period."

In order to improve the financial result, the CEO was replaced this year, a real interim report.

The NRC reviewed the SBB projects and made new cost estimates, which means that the SBB's operating result will deteriorate by NOK 18 million during the year. The operating profit in the first nine months of the SBB this year is estimated at SEK 30 million according to the interim report.

The company also writes that SEK 30 million has been repaid in the third quarter of the purchase price.

Pär Opard confirms to the newspaper that he and other former owners returned a total of SEK 30 million to NRC. The clause meant that if the result was lower than a certain level, the money would be returned.

Pär Opard was allowed to leave this place as an executive, but he still has a mission for the company. In 2017 SBB lost its loss for the first time in ten years. Pär Opard explains that the company has fallen almost 40 percent in revenues.

"In the NRC, you moved to the senior staff of all the projects, site managers and supervisors, where in the SBB projects were left in the past, SBB needs 280 million revenue for 20 million plus. With the introduction of projects in the NRC, SBB is not will get the necessary traffic. You will automatically be left at any cost, says Pär Opard.

To join, you need to do it soon. There was an error

How is your purchase from NBB SBB?

"In Sweden, I took part in some major mergers. To join, you have to do it soon. There was a mistake. It was simple," says Pär Opard.

Did SBB go in a year?

"It should not be, should we join it, then it would probably be no more," says Opard.