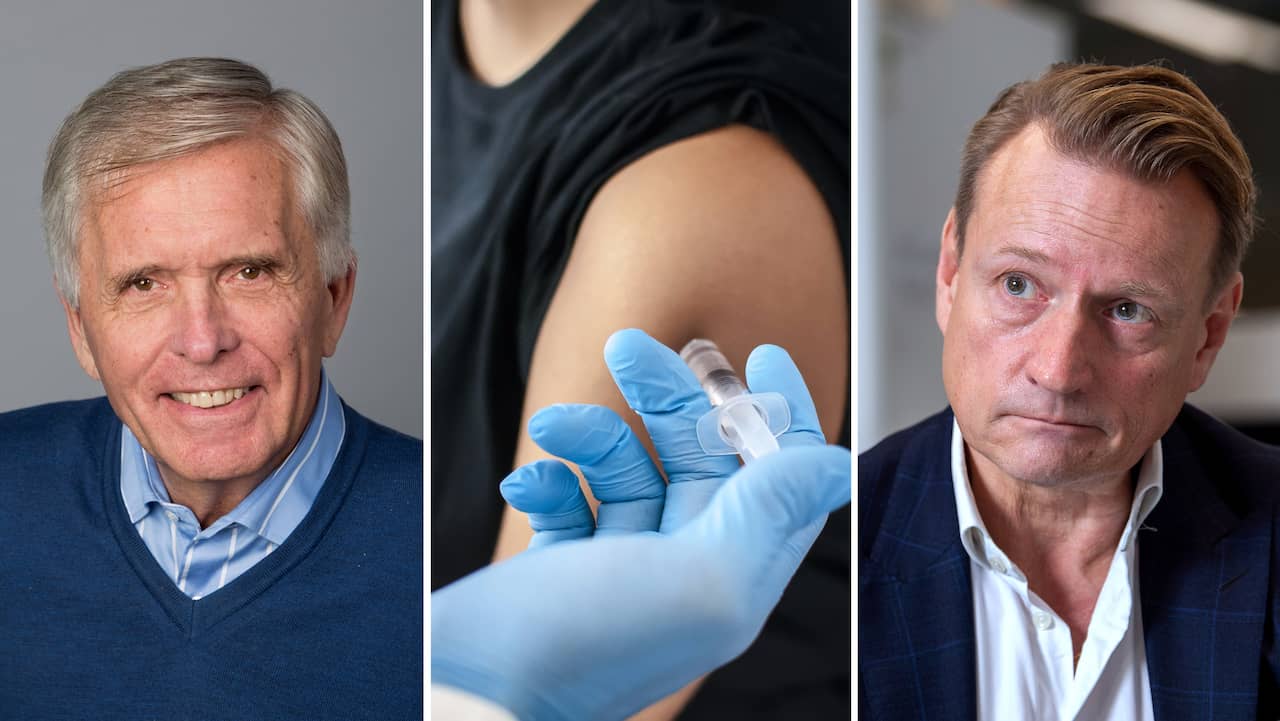 Since August, Sweden, through the EU, has signed agreements with five vaccine manufacturers. If the vaccination is approved, the doses are sufficient for the entire population.

– There are three candidates that you have seen preliminary results. Pfizer and Moderna have looked very good so far, while Astra Zeneca has so far reported a slightly lower protection effect, says Jan Albert, professor of infection control at Key.

That Sweden has contracts with several manufacturers may be useful in the future, says Johan Brun, doctor and senior medical adviser in the pharmaceutical industry association Lif, which has a background in the companies Astra Zeneca and Pfizer.

– There are advantages to having several different vaccines with slightly different mechanisms, because it may be the case that one vaccination is better suited for older people, and the other for younger people. A vaccine may also be better suited if we need to give additional doses in a few years, he says.

“We will be our own vaccine factory”

Sweden has secured contracts with three manufacturers of so-called RNA vaccines: Pfizer, Moderna and Curevac. It is a completely new type of vaccine that has never been used on a large scale.

Simply explained, this means that the genome of the virus is injected into the body, where the cells begin to produce vaccines.

We will be our own vaccine plant. This means that you get a really good immune system, and the technology means that you can give the vaccine as many times as you want. Although you can give a vector vaccine no more than twice, but an anti-vector immunity is established and it works worse and worse each time, says vaccine researcher Matti Zelberg in Karolinska

The vaccine from Astra Zeneca and Johnson is a viral vector vaccine, which means that you modify a common cold virus like the coronavirus. When injected into the body, an immunological reaction is triggered, which leads to the formation of antibodies.

The challenge with the RNA vaccination is that they must be frozen between minus 20 and minus 80 degrees. In the Western world, we have this type of cold storage in hospitals, but in long-income countries, the vaccine from Astra Zeneca and Johnson could be more useful, says Matty Salberg.

According to Swedish public health agency director Johan Carlson, it is estimated that Janssen and Kurevak’s vaccine will be confirmed in April. According to Sällberg, until now it has been relatively quiet from the vaccine manufacturers.

– I have not heard anything from Curevac’s Phase 3 studies, and Janssen we have not yet heard a peep about, he says.

The agreement with the Swedish-British Astra Zeneka has already been concluded on August 20 and covers approximately 6 million doses. It is a vector vaccination in two doses, four weeks apart.

The study that showed 90 percent protection must be repeated, because the subgroup received the first lower dose by mistake.

“60 percent protection is enough to get the product approved, so there are probably intensive negotiations to get an approval in the meantime to subsequently complement the study”, Says Johan Brown.

The vaccine from Astra Zeneca has two clear advantages. It can maintain a temperature between 2-8 degrees in a light-protected environment, and it is said that it only cost “Like a cup of coffee”. According to media reports, this is the equivalent of SEK 30.

In terms of price, Astra Zeneca has settled on an almost price, while the others have communicated more market prices. According to the company, this is partly due to the fact that their business benefit from a rapid return to normalcy. Of course, that’s also a business thinking. ”, Says Johan Brown.

The deal with Janssen Pharmaceutica, part of the American pharmaceutical company Johnson & Johnson, was signed on October 15, and covers approximately 4.5 million doses.

Like Astra Zeneca, the candidate is a vector vaccine that does not need to be frozen during storage and should be sold at cost of production, but instead in a single dose.

Janssen has yet to show any results from the Phase-3 studies that began in September. The assessment of the Swedish Public Health Agency is that the vaccination can be approved in Sweden in April.

The agreement with American Pfizer and German Biontech was completed on November 17 and covers approximately 4.5 million doses.

The companies’ joint vaccine candidate has already been approved in the UK. Pfizer / Biontech has applied for an emergency license in the EU. And could get green light in Sweden on December 29, according to the Swedish Public Health Agency.

It is an RNA vaccination, taken in two doses at intervals of three weeks. Studies have shown 95 percent protection.

The price tag per dose will be around 170 SEK. The vaccine also needs to be stored in minus 70 degrees, which can cause problems. The company has developed a dry ice that allows the vaccination to be stored without freezing for 10 days, but the doses must still be sent in special transports.

The agreement with German CureVac was concluded on November 24 and covers approximately 4.5 million doses.

This is also an RNA vaccine, but unlike Pfizer and Moderna, Curevac reports that their vaccine lasts up to three months in refrigerator temperature, and a day at room temperature.

The company has not yet shown any results from the Phase 3 studies. The Swedish Public Health Agency’s assessment is that the vaccine could be approved in Sweden in April.

The agreement with American Moderna was terminated on December 4 and covers approximately 1.8 million doses.

The studies have shown close to 95 percent protection and the vaccine is expected to be approved in Sweden on 12 January.

It is an RNA vaccine that should be taken in two doses of four weeks apart. The vaccine needs to be stored at minus 20 degrees, but can also be stored at refrigerator temperature for a number of weeks.

Modern vaccines are the most expensive, and a dose costs an equivalent of around SEK 330.

“Both Pfizer and Moderna have an impressive effect. Security seems to be high. The expected side effects are similar to those of Cowid-19 because they initiate a controlled infection with the vaccine.”, Says Johan Brown.

What happens if healthcare professionals do not want to be vaccinated?

Read more: Therefore, you should be vaccinated – even if you have covid
Read more: Stefan Löfven’s message: The vaccine needs to be released
Read more: Bergström’s concern: Fake vaccines that look genuine
Read more: Dark image of politicians: Cowid is the new standard
[ad_2]
Source link