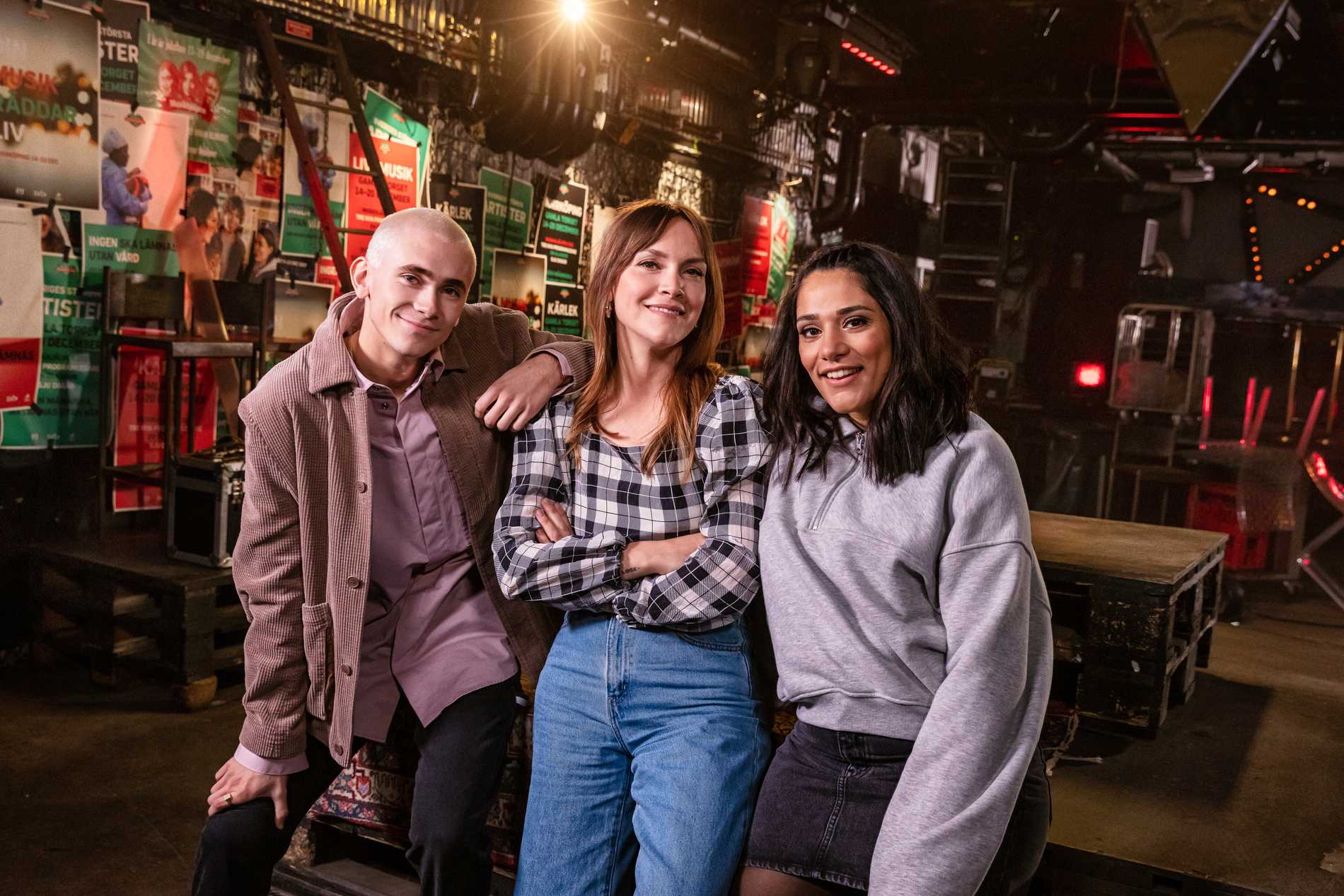 In the midst of the ongoing corona pandemic, the fundraising program “Musikhjälpen” will begin soon – but this year’s edition is somewhat different from the different years.

– There will be a small compromise, but I still think you should recognize yourself, says Carl-Johan Paulsson, project manager at SVT.

Today’s edition of “Musikhjälpen” is the 13th in a row – and just like everything else in the strange times, the 2020 version of the program will look a little different.

The program, which is to be broadcast from Norrköping, has to be relocated to a large production facility in Stockholm because of the current corona crisis. This year, the usually always present audience shines with their absence, producer Lina Linderoth ASP told TT.

– In normal cases, several thousand people gather in the square where the program is recorded and it is absolutely not possible now. Now we instead build an indoor environment that will certainly look different, but which you can also recognize itself with a cage and a surface that should feel like a square.

Corona securing such an interactive program as “Musikhjälpen” has also entailed some challenges that the production hopes to solve digitally.

– We have a bunch of new features in terms of digital participation. Among others, we are moving to the DuT app from SVT. We have also taken the opportunity to develop it with the digital audience solution that we have seen in a number of programs, where you can connect through the app to participate directly in the broadcast, says Lina Linderoth ASP.

New variant of the glass cage

Keeping the three presenters Britta Zackari, Felix Sandman and Farah Abadi trapped for 144 hours in a glass cage may seem, to say the least, risky in the current corona fashion this has given this year’s cage a new look, says Carl-Johan Paulson , Project manager of “Musikhjälpen”.

– This year we are building a new variant of the glass cage indoors – a slightly larger variant that is opened in the roof and provides a lot of ventilation. So there will be a cage that is open and closed at the same time, he says.

If the worst happens in the form of one of the presenters or guests being corona-infected, the production side has also guarded itself with a number of plans, according to Carl-Johan Paulsson, which emphasizes that the safety of both presenters and Guests come first.

– Our ambition is that viewers recognize themselves in “Musikhjälpen”, but at the same time it must be safe for everyone. So it will be a small compromise, but I still think you should recognize yourself, he says and continues:

– These are hard times to make live TV or radio, so we must move in the times.

“Musikhjälpen” is a live collection that in December every year highlights a hidden human catastrophe.

Since its inception in 2008, teams such as “Children are not for sale”, “All girls have the right to go to school” and “No one should have to flee the climate”, and this year the theme is “No man should Be left without worrying “.

Three presenters, this year artist Felix Sandman, P3 profile Farah Abadi and presenter Brita Zackari, live in a glass cage and broadcast radio and television around the clock for a total of 144 hours.

During the week, they are visited by artists and others who are involved in the action, in order to raise money to illuminate and combat the current topic.

“Musikhjälpen” is a collaboration between Swedish Radio, SVT and Radiohjälpen.

The program is fully broadcast on P3 and on SVT play, and partly on SVT 2, December 14-20.