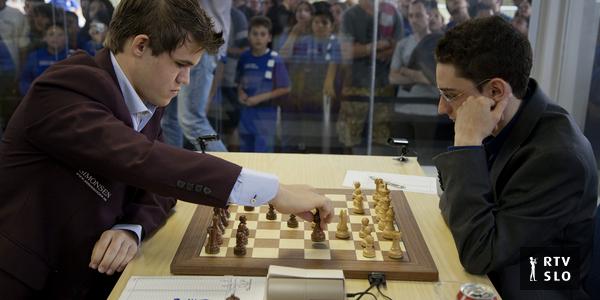 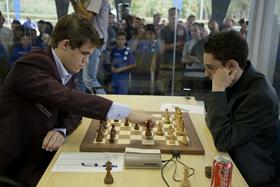 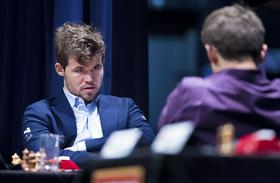 Magnus Carlsen defends the title of the world champion for the third time. Photo: AP

On Friday, the peak of the two-year period in chess begins – the calculation for the title of the world champion. Magnus Carlsen will challenge Fabiano Caruana.

Although Magnus Carlsen counts only 27 years, it has long been occupied by the chess throne. He slid into it in 2013 when he easily beat Viswanathana Ananda (6.5: 3.5). He then defended the title twice, in 2014 he did with Indians again with no excessive difficulties (6.5: 4.5), and two years ago he had a lot of work, as the Russians Sergeja Karjakina won only in the extra time (after 6: 6, four games were played in accelerated chess).

He got a challenger tournament in March
His current challenger is an American Fabiano Caruana, which is a year younger. Caruana earned the place of the challenger in March, when he received a tournament of eight challengers. The Challenger Tournament was incredibly equal, and the American showed his strength, determination and quality with the wins at the end of the tournament.

The first American by Fischer
Caruana's arrival to the biggest scene also has a somewhat greater interest in chess in the United States. The undisputable climax occurred in 1972, when at the height of the Cold War, all eyes flocked to Iceland, where they moved Bobby Fischer in Boris Spaski. Fischer practically disappeared after the title (he did not defend his title three years later and he was struggling with many other problems).

He is fascinated by Fischer
Caruana has Italian roots, he was born in Miami, and spent his childhood – like Fischer – in Brooklyn. "The player who always surprised me and impressed me was Fischer. Of course, many of his personal lives were not right, but his approach to the game and his power are unbelievable. We are different on many levels. "

Tournament from Friday to November 29
Between 2005 and 2015, the challenger played for Italy, from where his mother comes. He was close to the title for the world champion in 2016, when he only left behind Karjakin. At the top of the scale are both players who will move to London for the title of champions between November 9 and 28 in London. Carlsen has a rating of 2835, and Caruana has 2832.

Statistics on Carlsen site
So far, in classical games, 33 times have swung, Norway has more success (10 wins, 5 defeats and 18 rebounds). The champion will be the one who will reach six and a half times before. In the event of a tie at 6: 6, we will again see an extension – a game in an accelerated chess game. Also in this statistic, Carlsen has a better mutual profit (23 wins, 11 defeats, 22 rebounds).