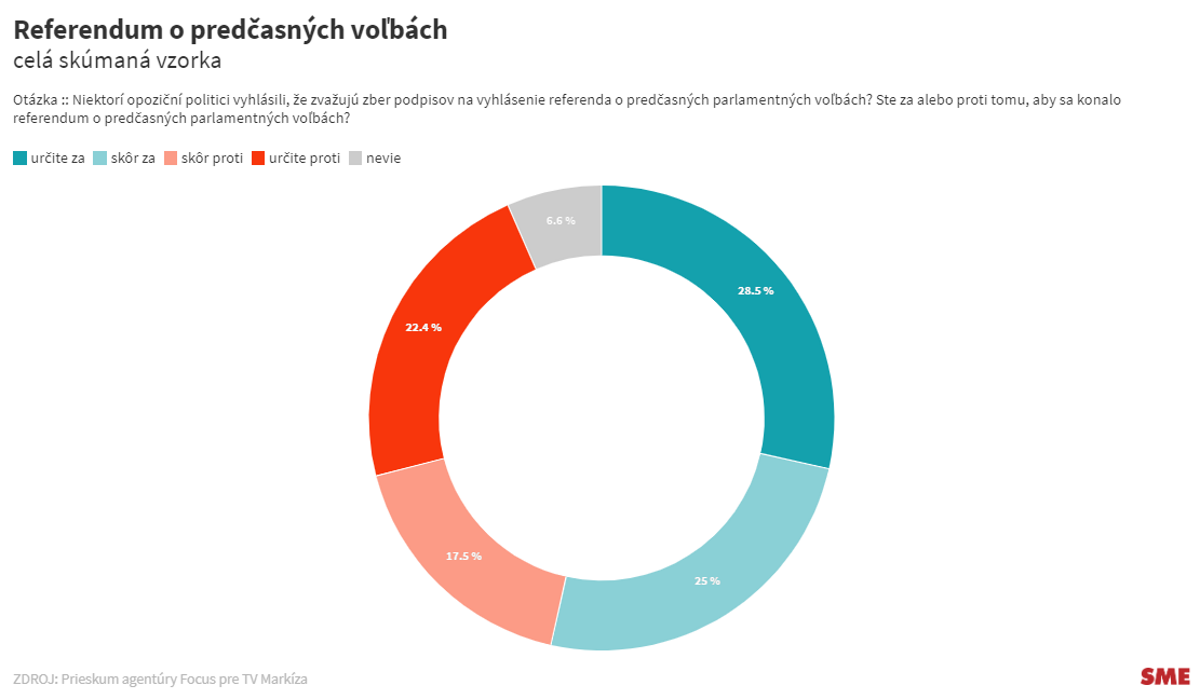 Coalition voters in particular are against it.

BRATISLAVA. More than half of the people think that a referendum on early elections should happen. The opposition parties Shmer and Los, as well as the non-parliamentary SNS are trying to make her statement.

A survey by Focus for the TV show Markíza Na telo shows that 53.5 percent of respondents think that a referendum should take place.

On the contrary, 39.9 percent would be against it. 6.6 percent of the people did not know how to answer the question.

After this as the deputies have not approved the agenda of the meeting, the head of the Executive Board, Robert Fico, announced that his party is starting to collect signatures to start a referendum. It plans to launch a signing event in the turn of January and February next year.

The focus survey also shows the opinions of people according to the electoral preferences. Coalition party voters are expected to show the greatest opposition to the referendum.

As many as 72.8 percent of the voters we are a family, SAS and for people voters against his statement. Only 23.8 percent of voters have a positive opinion of the popular vote. 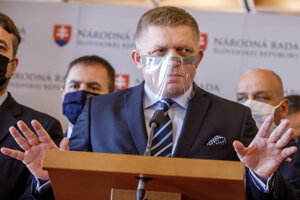 The absolute agreement with the referendum could be seen in the voters of SMER, HLAS and ĽSNS, of which up to 87.1 percent of the respondents support and 9.8 percent against it.

Exact 53% support was shown for voters from other parties, such as the extra-parliamentary CDH or the CIS.

Taking into account specific parties, the biggest supporters of the referendum are the voters of the Hlas party, which according to current surveys is the strongest of the political parties. 89.2 percent of the constituents would support the referendum. The biggest opponents are OĽaNO voters.

Nationalists from the CIS began early collecting signatures for the referendum.

After this as Smer this week announced, the SNS told Fico that they should continue together.

Fico himself envisions a joint approach, but with the detached men of SMER grouped around Petr Pellegrini. He wants to start communicating with the rest of the opposition or trade unions about a common approach. He even suggested that the face of the referendum could be Pellegrini himself.

He launched an internet survey in November with the same purpose. Although he supports the idea, his party still wants to try differently.

“We want to introduce a constitutional law to shorten the term for the January session anyway and give MPs the opportunity to vote, because then we will no longer have to ask the governing coalition to open such a session, but the plan must normally be discussed,” Said Pellegrini.

However, he will not use Fico’s proposal to become the face of the reform.

“The referendum should not be represented by any particular political party at all,” Pellegrini told Marx, adding that with such broad support for the referendum, politicians should only be a “citizen service.”

Opinions of the people regarding this referendum also vary according to age, education or region. The biggest supporters are people from 45 to 54 years old with a high school diploma who come from the Zilina area.

On the contrary, the biggest opponents are people aged 18 to 24, mostly with a university degree and coming from the Bratislava region.

The survey was created at the end of November from a sample of 1004 respondents.

Opposition efforts in early elections have been described by some coalition politicians as a sign of nervousness that the police have detained some high-ranking officials close to former government parties in recent weeks.

“With the early elections, they have only one thing in mind, and that is to try to free their people from behind bars and further steal Slovakia.