The transition from Asia, the first Americans have got into an unknown 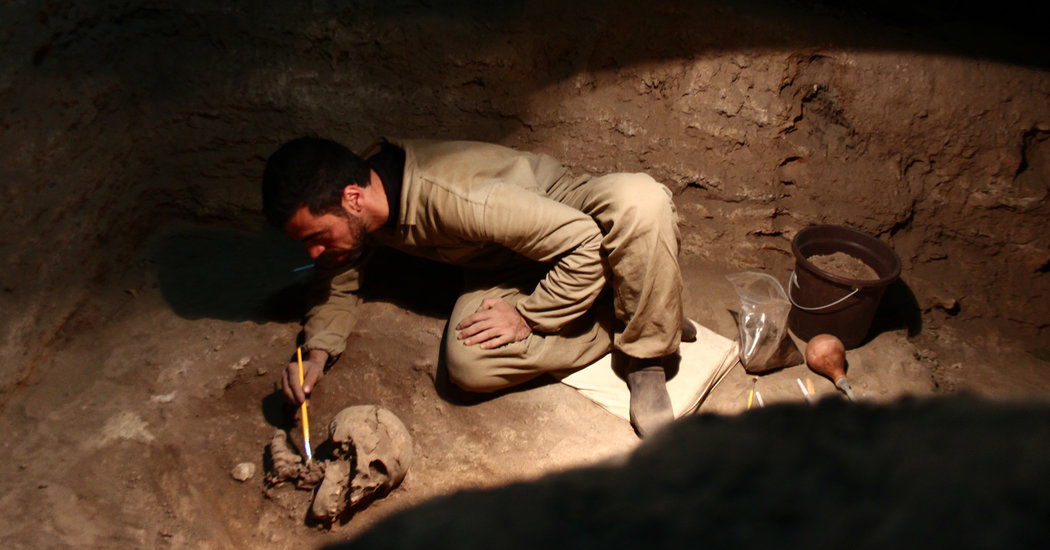 Nearly 11,000 years ago, a man died in what is now Nevada. He was buried in a blanket for rabbit and cod skin, buried in a place called the Spiritual Cave.

Now, scientists have discovered and analyzed their DNA, along with those of 70 other old people whose remains have been discovered throughout America. The findings give a surprising detail to a story that was once lost in prehistoric times: how and when people spread across the western hemisphere.

The earliest known arrivals from Asia have already split into distinctly distinct groups, according to research. Some of these populations have thrived and become the ancestors of indigenous peoples throughout the hemisphere.

But other groups completely disappeared, leaving no traces left, which can be detected in ancient DNA. New genetic research suggests a number of dramatic chapters in humans that archeology has not yet discovered.

"Now, that's archaeologists," said Ben Potter from the University of Alaska, who did not take part in new documents. "Holy cow, that's great."

Previous studies have shown that people moved to America at the end of the last ice age, traveling from Siberia to Alaska over a land bridge that is now beneath the Bering Sea. They extend to the south, eventually reaching the summit of South America.

Until recently, geneticists would have little insight into these large migrations. Five years ago, only one human genome was recovered in the western hemisphere, discovered by a 4,000-year-old man in Greenland.

The latest series of analyzes, published in three separate studies, is a turning point. In the past few years, researchers have restored the genomes of 229 old tooth and bone people discovered throughout America.

The first, described in January by Eske Willerslev, a geneticist at the University of Copenhagen, was a 11,500-year-old girl whose remains were found in eastern Alaska.

The other was discovered hundreds of miles away, in western Alaska, and lived 9,000 years ago, Dr. Willerslev and his colleagues reported on Thursday in Science magazine.

Ancient Beringians separate from the ancestors of living natives in America about 20,000 years ago. New findings suggest that they lasted thousands of years. Then they disappeared, but there are no known genetic traces in living people.

But the second wave of migrants from Siberia did not stop in Alaska. They went and eventually came to glacial glaciers. Then they split into two branches.

One group turned around and headed north, across the glaciers to Canada and back to Alaska. The other branch had an exceptional route to the south.

Genetic data show that this group rapidly expanded across most of North America and South America about 14,000 years ago. The extension could last only for centuries.

A man from the Spiritual Cave in Nevada belonged to this southern branch of migrants. He was also closely affiliated with the 12,700-year-old boy who was on the other side of the Rocky Mountains in Montana. Willerslev.

But the man from the Spiritual Cave also proved to be a close genetic link with 10,400-year-old skeletons in Brazil, on the other side of the Equator.

David Reich of Harvard University and his colleagues found a similar pattern in their own research published on Thursday in the Cell magazine.

They discovered a connection between the ancient Montana fantom and another group of old South Americans, including a skeleton of 10,900 years in Chile. As a work of dr. Willersle's kinship shows that migrants quickly moved from North America to South America.

"We agree that this must be the rapid rate of radiation," said Dr. Reich.

From about 9,000 years ago, both teams found that additional waves of people moved south. Research dr. Willersle's show that new revenues are mixed with the older inhabitants of South America.

Dr. Reich, on the other hand, sees evidence of two wave migrants, who completely replaced people who lived in South America.

The new study also uncovered examples of extraordinary continuity that took place for thousands of years.

Dr. Willerslev and his colleagues compared the human genome from the Spiritual Cave to those from the four sets of remains found near the Lovelock cave, which lived just recently than 600 years ago.

All these people were attentive his team found, despite being separated by 10,000 years of history.

A similar bond was found in the Andes. John Lindo University Emory and his colleagues analyzed DNA from seven people living at high altitudes between 6,800 and 1,400 years ago.

Researchers estimate that people who lived above 7,500 meters in the mountains were separated from low populations between 9,200 and 8,200 years ago. Today, mountain people still show a strong gene connection with ancient remains.

"This is not something you see in most other regions of the world," said Dr. Reich.

In 2015, Reich and his colleagues found that some living people in the Amazon carry some DNA that is most similar to those living today in Australia and New Guinea.

The researchers thought that their origins included an unknown group, which scientists called the Population Y, who went on a separate trip to America.

In his new study, dr. Reich and his colleagues did not find a trace of the Y population – but the dr. Willerslev succeeded in identifying his DNA in some 10,400-year-old skeletons in Brazil.

"A little million dollars is a clear question, how did this happen?" Dr dr. Willerslev.

Perhaps the second group of Asians entered America long before the ancestors of the Man from the Spiritual Cave and other early natives. Perhaps they intertwined with people in the Amazon before they completely disappeared.

Or maybe some of the first members of the southern branch had some strange genes that survived through generations.

The new tendency of genetic patterns reflects an improvement in the relationship between scientists and indigenous peoples. For many decades, many tribes have rejected the request for DNA researchers.

For example, a man from the Spiritual Cave was excavated and stored in the museum by archaeologists in 1940. The Fallon Paiute-Shoshone local tribe did not learn about the body until 1996. They fought for their repatriation years.

"It's completely disrespectful," said Rochanne L. Downs, a member of the tribal culture board. "If someone went to the Arlington cemetery and dug up the tomb of one of the soldiers and took away his medals, it would be bitter."

At the beginning, the tribe opposed the search for DNA in the skeleton, because scientists would have to destroy much. Dr. Willerslev met with the tribe and explained that he would only need a tooth and a small piece of ear bone.

The tribes agreed to give him one shot in search of DNA in the remains of the Spiritual Cave.

Results of dr. Willerslev led the Land Administration Office to turn the skeleton to the tribe. Last year they buried a man from the Spiritual Cave in an undisclosed location.

Mrs Downs would not exclude similar studies in the future, but every request should require careful consideration.

"Everything will depend on the case-by-case," she said. "The main thing is our respect for the remains."