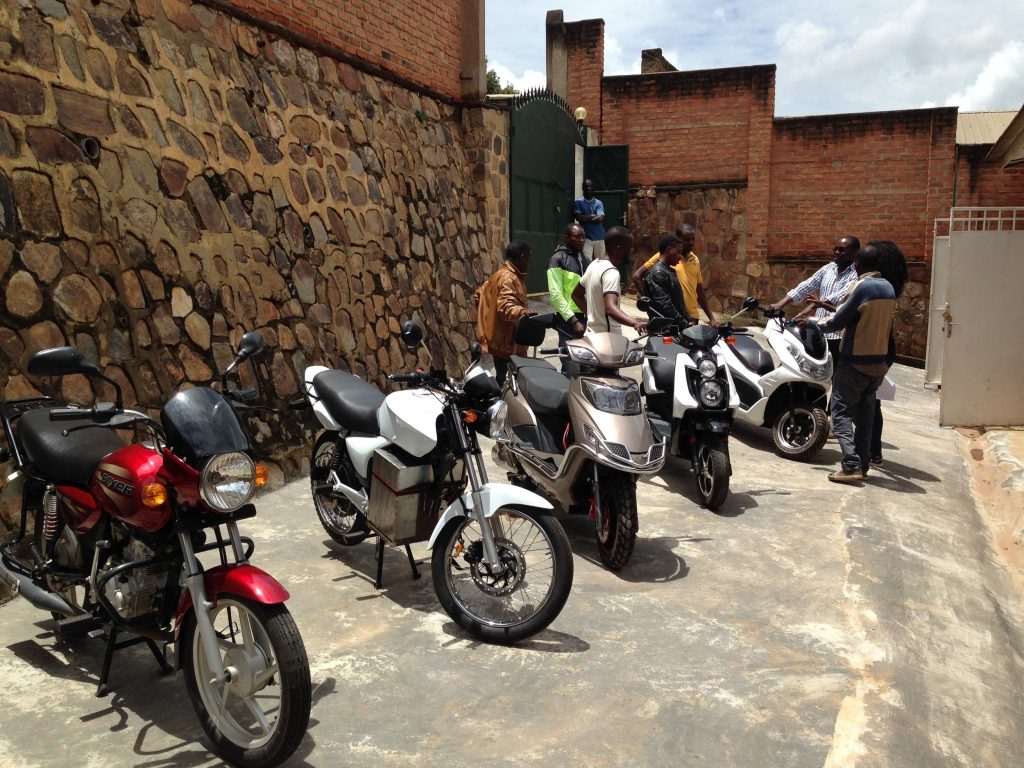 The Rwandan authorities take the issue of air pollution very seriously. Indeed, under the leadership of President Paul Kagame, on September 22, 2018, "car-free day" was followed very well throughout the country, especially in the capital city of Kigali. In this populated town, over 1.13 million people, there are many modes of transport. But people prefer motorcycles – taxis that are fast enough because they are able to travel between traffic jams.

The majority of Sub-Saharan African cities experience this phenomenon, which becomes the main occupation in a context characterized by a high unemployment rate for young people. Only in East Africa motorcycle transport employs 3 million people. The number of these two wheels is also an important source of pollution. And this helps to reduce the impact on the environment and health by combining the strong business interests with which a US company Ampersand has begun selling electric motorcycles in Rwanda. These are intended for urban intramural transport.

Ampersand decided to name these two wheels as "e-Moto". According to the US company, after a fee, e-Moto can travel 65 kilometers with a speed of 80 km / h. One day, a motorcycle taxi driver can travel 188 km on average. At the bottom of the tank, these two wheels include a box containing a rechargeable electrical element. However, by the end of 2019, it is necessary to wait for the effective start of trade.

In the near future, the Rwandan authorities are already welcoming this initiative. "Rwanda welcomes Ampersand's efforts to develop clean and low-carbon motorcycles for our citizens. These electric motorcycles emit less CO2 than gasoline-powered motorcycles, this is the best solution for air pollution that is currently affecting our environment "says Coletha U Ruhamya, Director-General of the Rwanda Environmental Protection Authority.

In addition to being less polluting, this bike is easier accessible to drivers. To get it, it's only between $ 1300 and $ 1400, while regular bikes will cost $ 1900. E-Moto requires less maintenance and allows the driver to save up to $ 1100 a year. An amount that corresponds to some of the fuel costs. Even if the company does not provide accurate data, it is estimated that in the case of e-motorcycles the number of traffic accidents will be reduced by 90% in Kigali. There are so many advantages to disconnecting the sale of the two electric wheels, thanks to motorcycle taxis. The capital of Rwanda has 25,000 people.