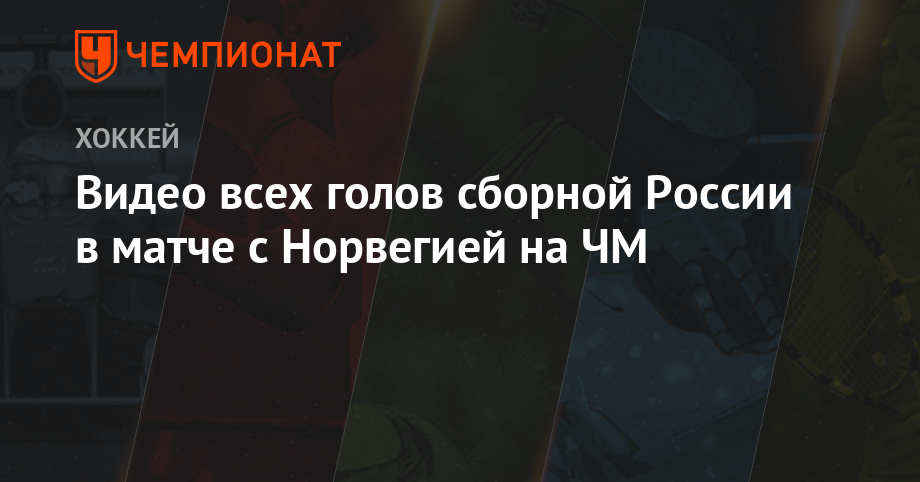 The Russian national team won the opening match of the World Hockey Championship, held in Slovakia. Wards of Ilya Vorobiev confidently defeated the Norwegian team with a score of 5: 2 (2: 0, 2: 0, 1: 2).

The World Hockey Championship will be held in Bratislava and May 10-26 in May. Kozice will play Group A teams (Canada, USA, Finland, Germany, Slovakia, Denmark, France and the United Kingdom). The arena in Bratislava will be matched by group B (Sweden, Russia, Czech Republic, Switzerland, Norway, Latvia, Austria and Italy).

Watch target videos on the VHF channel on YouTube.