For the second time, CSKA lost to Roma in the Champions League 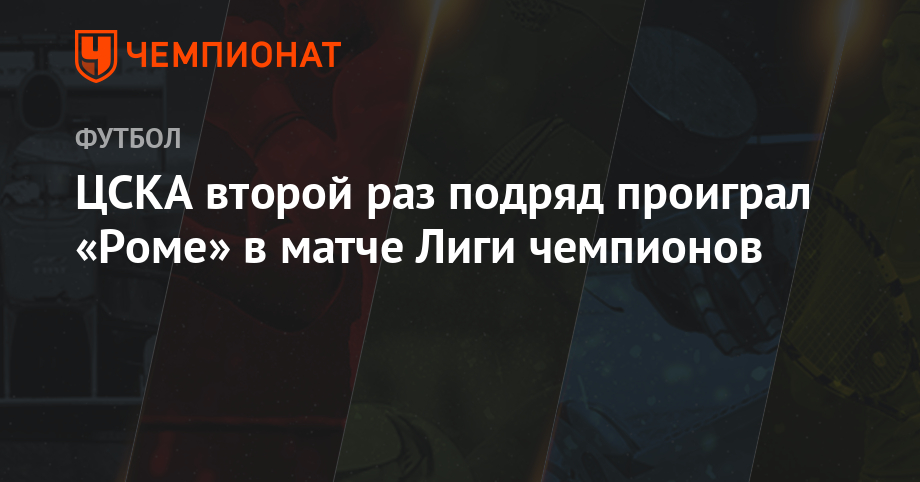 For the second time, CSKA lost to Roma in the Champions League

In the match of the fourth round of the group stage of the Champions League, CSKA Moscow took over the Roman "Roma" in its field. The meeting took place at the Luzhniki stadium and ended with a win of 2: 1.

So, the Roma won the third consecutive victory in the group stage of the tournament, and CSKA suffered a second defeat in the second defeat. Recall that at the match of the third round "Roma" in their field defeated the Moscow team with a score of 3: 0.

In the next round, CSKA will take over the Czech "Viktoria Pilsen" on the home side and "Roma" will meet the Spanish "Real" at home. Both meetings will take place on 27 November.