VIDEO. Samsung introduced the folding phone for the first time 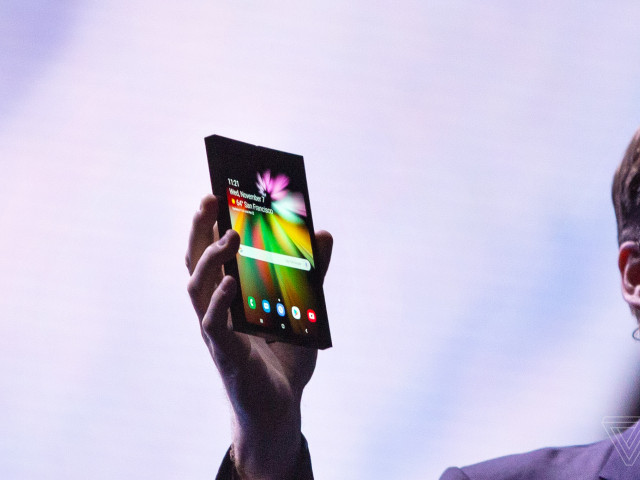 
Samsung Electronics on Wednesday unveiled its long-awaited foldable phone for the first time at a San Francisco Developer Conference calling on Android developers to begin working on applications for this device, News.ro reported.

Cookie settings do not allow you to display content in this section. You can update the coookie modules directly from the browser or from here – you need to accept cookies in social media

South Korean electronics manufacturer has introduced a new technology for flexible mobile device displays and announced that it will work with Google to develop it.

The goal of the event on Wednesday was to obtain particularly important responses, as developers will have to test new application technologies to see that it works perfectly when the phone takes over the tablet computer's design.

Samsung is among the few companies that have announced that folders will soon be presented on the market.

Although Samsung did not announce when it will release new devices, analysts expect this to happen in the first half of 2019, otherwise it is likely that the new Apple phones will take over this.

Dave Burke, vice president of Android Engineer, confirmed this statement at a conference that was organized separately from Google in California.

"We are working closely with Samsung on a new device, which we plan to launch next year," Burke said.

The Chinese company Huawei Technologies also announced that it plans to launch the 5G smartphone with foldable display in mid-2019.

Both Samsung and Huawei were overwhelmed by the Chinese screen manufacturer, who last week presented a fold-away phone with a screen of 7.8 inches at a price of about $ 1300. Royole announced he would start receiving orders at the end of December.

High prices could deter an immediate high demand for these products, and some analysts doubt that there is much demand for such phones.

Samsung on Wednesday did not offer details about the prices of new phones.