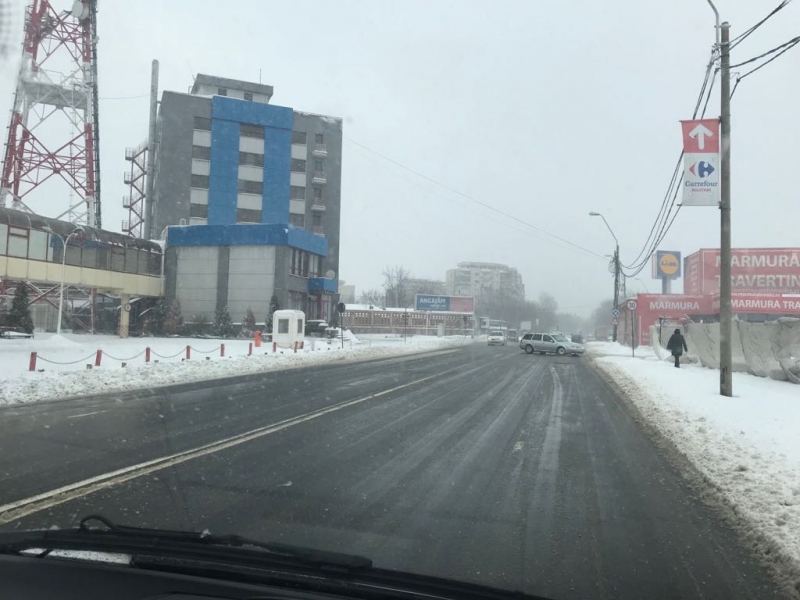 The delayed organization of tenders leads to an increase in the cost of acquiring the salt needed for dissolution, the Competition Council found, following a sector inquiry in the snowmaking salt market.

The Competition Authority noted that the National Road Administration – Cair of the auctions for the purchase of snow removal salt before the year and the effective use of its own storage capacity (about 150,000 tons) would allow the participation of some bidders , Possibly external, which would lead to increased competition and, implicitly, to a low purchase price.

After the analysis, the Competition Council found that annual purchases of snow-removing salt implies the supply of important quantities within their short deadlines, which gives rise to difficulties in ensuring the production and especially the organization of the logistics services necessary for transport and Delivery. Under the circumstances, the only answers to the offers launched by CNAIR came from the Salomon National Salt Society, based on what contracts for the supply of snowfall salt were found.

The analysis shows that Salomium, the only company that operates and sells snow-removing salt in Romania, generally practices significantly lower prices on foreign markets (with a high level of competition) than domestic ones, which has a de facto monopoly position.

Salomon de facto monopoly on the snowmaking salt market is also supported by the Mining Law (No. 85/2003) and the possibility of extending the operating license originally given for 20 years (without salmon) for successive periods of 5 years, without Specifying a maximum maximum durability.

Thus, in order to stimulate the emergence of competition on the market, the Competition Council requires the Ministry of Economy to start the amendment of the relevant legislation, or by specifying a maximum number of extensions that can be given by the responsible authorities or By increasing the validity of the exploitation permit, to organize an auction for the exploitation of that perimeter.

In addition, to prevent the maintenance of the monopoly situation in the exploitation of the salt and after organizing the auctions for the exploitation perimeters, the Competition Authority requires the National Agency for Mineral Resources (ANRM) to consider the possibility of not allowing a single operator To get operating licenses to cover more than 50% of the total production capacity of salines in operation.

The Competition Council also believes that this sector can be competitive through the appearance of other companies active in the exploitation and marketing of salt, such as in the case of starting the exploitation of the Valla Florille reservoir in Clud County. In this regard, the competition authority maintains that the 9-year term passed since the signing of the concession contract for the Flory Valley Perimeter and until now, without the government's decision to approve the opposition, has been exaggerated for a long time . In addition, we mention that the request for anrm for the necessary documentation for the initiation of the government decision was late, 8 years after the signing of the concession contract.

In the fact that the delay of income by government decision of the license prevents the possibility of competition on the market, the competitions authority requires ANRM to expedite the procedures, which lead to the approval of the exploitation permit by government decision and the start From the exploitation activities within the Flory Valley perimeter.

The Competition Council found that a barrier to reaching the market was the financial guarantee that the holder of the operating license (according to the technical instructions issued by ANRM) have to submit and which for amounts less than 4 million liers should be submitted exclusively in the form Bank deposit. The competition authority considers that this duty is even worse than it can inhibit the access of small and medium-sized companies to mining activities.

Read also: Victor Ponta discusses the Cathedral of Salvation from the Nation: I will delete the comets of those who think so higher

At the same time, greater financial collateral can be constituted by alternative forms of collateral, such as insurance policies found in favor of the holder with a recognized insurer.

Snow removal salt is a very important component of the salt mining and trading sector in Romania, accounting for about 1/4 of domestic production.

The preliminary report is subject to public consultation on the Competition Authority website, www.consiliulconcurentei.ro.