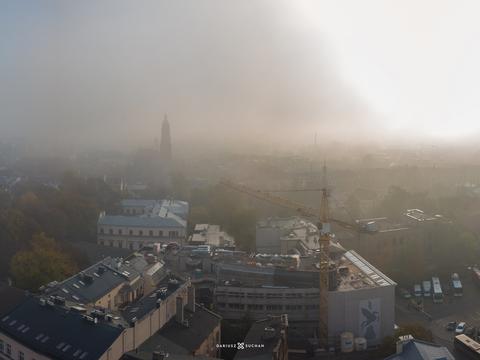 CIEP informs that in poor air quality patients, elderly people, pregnant women and young children should not be outdoors. Other people should minimize their outdoor exercise, especially if they need prolonged or increased physical tension.

The current air status can be checked at http://powietrze.gios.gov.pl/pjp/current.

How does smog come out?

Smog is produced primarily from accumulated dusts and gases coming from industrial plants, exhaust gases and their transformation products. Therefore, its establishment is responsible for: industry, energy, transport and heating of households.

Types of smog and pollution

Smog is distinguished primarily by the place of appearance and the conditions that lead to its formation.

The best known is smog from London (sour smog), which appears in a temperate climate zone with high humidity. Houses and industrial plants that use solid fuels, especially coal, lead it to it. It is a kind of smog, present in Poland.

Another type of smog is Los Angeles smog type (photochemical smog). This is happening in the subtropical climatic zone, during strong sunlight, leading to the oxidation of dangerous chemical compounds and the formation of compounds characterized by high toxicity (eg Ozone). He is responsible for a high level of car traffic.

Smog – pollution of air in Poland

Cities in Poland, which could be a problem, include: Krakow, Warsaw, Lodz, Katowice or Wrocław. The most polluted are smaller centers, including Żywiec, Pszczyna, Rybnik, Wodzisław Śląski or Opoczno.