Donald Tusk: I can't think that a united Europe is not commonplace for everyone 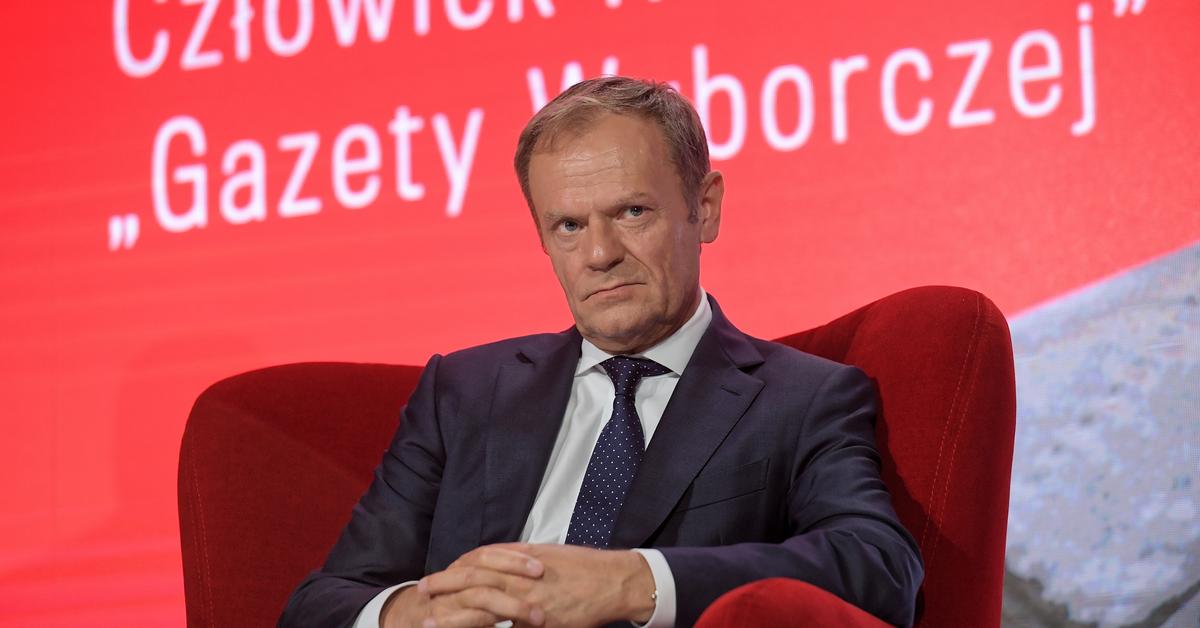 – It has great wisdom to understand in the 1980s that the change that comes in Poland cannot be a change that will exclude anyone. Part of this thought was the round table – Tusk received the prize.

– A few hours ago I came back from Romania from the EU. Top. I had a meeting with the inhabitants of Sibiu, where the summit was held. Believe me, none of these people had any sentiment in their hearts for the bloody element of the fall of nations that took place in Romania. They all have an admiration for what we have been able to do without blood in Poland – said the President of the European Council.

– Poland was treated everywhere as the homeland of the victorious "solidarity", understood as a great peace movement. Sometimes conflict or political tension forces us to look for extraordinary solutions. What is the round table? What is the idea of ​​"our president, your prime minister". This way of thinking probably gave us the best 30 years in the history of our homeland – he estimated.

– We often hear arguments that we cannot build a United Europe, because Europe is made up of nations with their experiences and reservations. It's just the opposite. Almost there is a misery to unite Europe as a single civic country, without national and ambitious languages. Therefore, we need the EU As a mechanism to constantly seek and compromise, "Tusk argued.

Donald Tusk: Everyone has the right to desire for victory

– Winning the election does not mean that opponents disappear from view. In Poland, we will live together for the next five, ten, 200 years. Those who choose a pro-European coalition and those who vote for the piss. Everyone has the right to desire for victory, but they cannot make them want to endure the enemy – he said.

– If we believe that America and Europe must go away from each other, if we introduce this disintegration into the sphere of emotion, then we will lose the game for the highest rate – the former prime minister predicted. – I would like everyone who has a common language with the US. There. President, such as the Polish government, to convince their partners that in the interests of all, there is a united Europe. We can't give up just because there are some choices from time to time, "he added.

Tusk stressed that he believed in the "cannon of essential Polish interests" – I could not imagine that this cannon would not be a common place for the overwhelming majority of Polish and political forces. Among them is a United Europe. There is also reconciliation with neighbors, especially those with the most difficult history. We must seek deep reconciliation as it was in the heart of the EU.

– What is good, pragmatic is always weak in politics. Without great effort, it can always fall. It depends on a large measure of us if we find the ability to meet the emotions of those who have turned away from us now – he argued. – We cannot think of Poland in such a simple way that we can all be responsible for what happens to those with whom we are in a political dispute. It is too simple – he stressed.

Tusk reminded us that "voters from PSS and Platform live in every city". – And in each city, Police confirmed to solve all the problems – he stressed

– We will all lose this conflict, and all of us depend on us, if we are to lead Poland out of this sharp bend. We cannot afford such a conflict in today's world. Dear "Gazette," Mr. Adam, you can show again that good is possible in politics – he finished his speech.