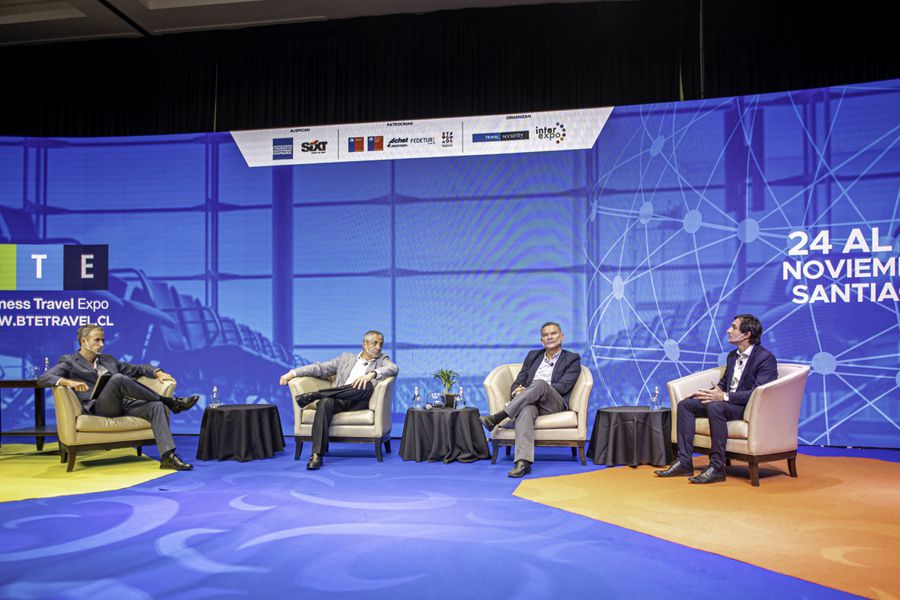 The airline industry was plunged into one of the worst crises in its history as a result of the Cowid-19 pandemic. However, in recent months, with the gradual reopening of borders and fewer mobile restrictions due to the lifting of quarantines, airlines are gradually resuming their operations, although still far from normal.

In the future, the expectations are much better compared to the numbers of the year. In the case of Latam Airlines, estimates that it will be operating close to 40% of the total capacity until the end of the year. In October, the airline linked to the Cueto family operated 26.8% of its capacity. Sky, for its part, expects to complete this year which works 80% of the total capacity. While Jetsmart estimates to be operating in December between 60% and 65% of its capacity in the domestic market and between 15% and 20% in the international market.

This Wednesday, the chief executives of the three airlines met in a discussion panel at the Business Travel Expo, organized by Interexpo and Travel Security, where they delved into their perspectives and plans for 2021.

Routes and airlines: The reduced offer at the Santiago Airport due to Cowid-19

Latam Airlines CEO Roberto Alvo has estimated that 2021 will be a year of recovery, but with ups and downs. Regarding his financial reorganization process under the protection of Chapter 11 of the US. It. Bankruptcy law – which is advancing in a lot in the country, Alvo said he sees it as an opportunity to turn Latam into an extremely effective and agile.

“The transformation we are starting with is extremely important and we will emerge from Chapter 11 and a crisis, no doubt, intensified. We will have a very competitive price structure, probably the same as yours (Sky and Jetsmart) and that will surely leave Us to address these opportunities, “he said. “We estimate that we need to think about the second half of next year of leaving Chapter 11,” he added.

JetSmart CEO Estuardo Ortiz agreed that despite this uncertain scenario, 2021 will be a year of recovery. “I remain optimistic that the home market in general in the region will be in a high state of recovery by the end of 2021,” he said. Regarding the capacity in which they expect to operate in December, he noted that “in the domestic market about 60% to 65% and the international very small, about 15% to 20%.”

Regarding the airline’s plans, he confirmed that they were continuing in the same direction in terms of growth and position in the area, but nevertheless they had to adapt “the redmap”, given that the domestic markets are coming back faster. Like the international and that they have to adapt to the new reality.

On the other hand, he commented that another important change is that they advanced the creation of Jetsmart Cargo. “We planned it later, but because the cargo pandemic had a greater impact on airline revenue, we are already completing the project in the first quarter of 2021,” he said. It would start simultaneously in both Chile and Argentina.

On the other hand, Sky CEO José Ignacio Dougnac stated that they now operate about 65% of their total capacity and that they expect to close the year approximately 80%. “Like at Sky, our strategy is very focused on the domestic market – 80% of our flights are domestic – we have a position that is relatively better than other operators where they have a lot of risk in international operations. Even though the industry is “Super depressed, the whole industry is down by 85%, we are flying to 65% of our total capacity because we are in markets that have been less affected by the pandemic and therefore we can use a little more,” he explained.