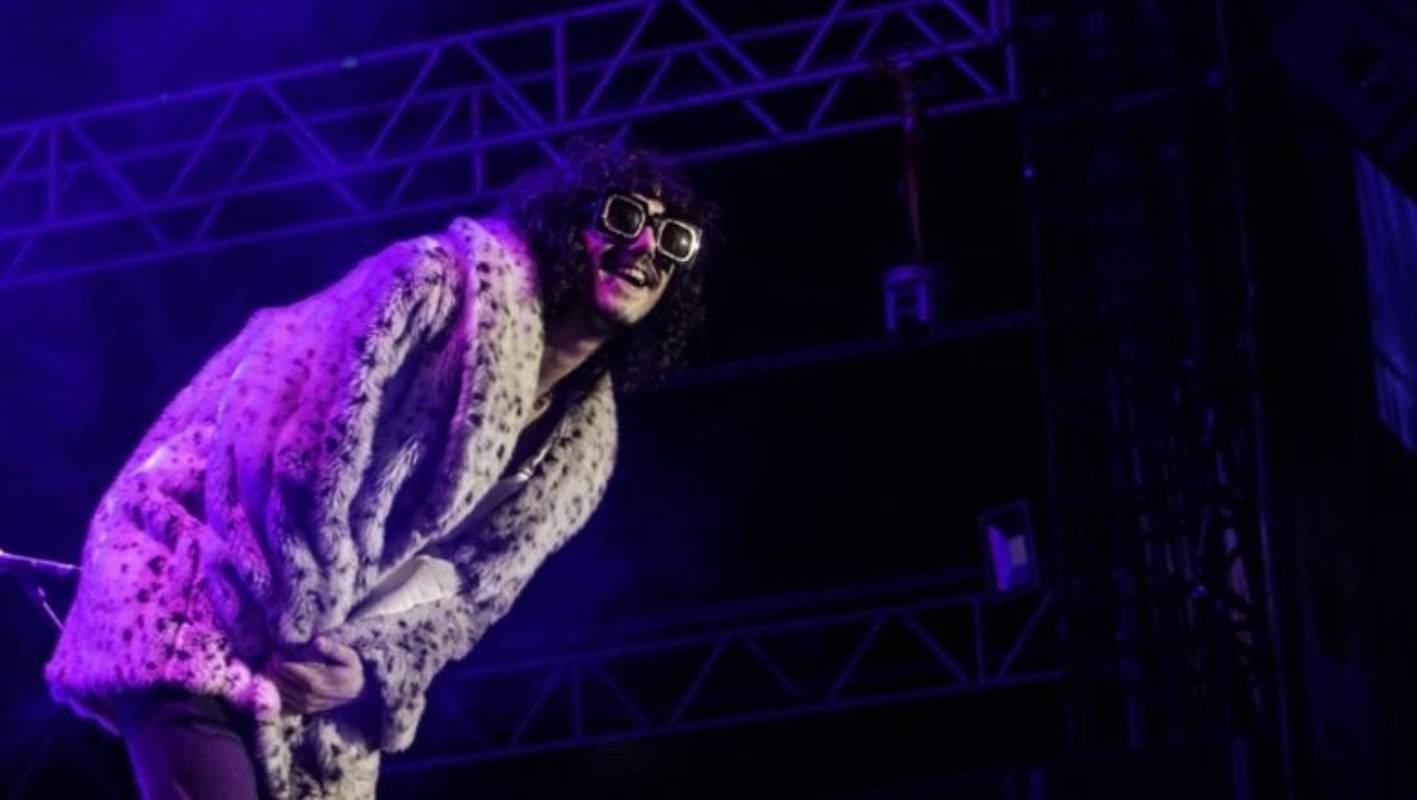 Dylan Frost, lead singer of the Sticker Fingers band, is on stage in the 2016 Spender Amphitheater in the grass.

The two men have started fighting just before 5:30 pm (19:30 local time) on Faverham Street in Sydney's inner-west, behind the Marrickville Bowling and Entertainment Club, where the couple had been drinking, police said.

An ambulance was called to treat frost, which suffered a rubbish and redness on his face.

A police spokeswoman said the "younger man" – Frost – was searched for in the ambulance before he was hospitalized and allegedly found with a knife caught.

On Tuesday afternoon the band posted an uncompleted image of Cornwall and Frost together, but declined to comment.

Asked about the alleged fight, Marrickville bowling and entertainment club manager Tommy Jones said he had "no idea about anything to do with it."

Sticky fingers have a turbulent history. The band moves into the early 1990s, recording several well-reviewed albums and touring internationally.

But in 2016, the singer Frost was accused of confronting the Indigenous singer Thelma Plum in a bar.

Frost later wrote an apology for his past.

Frost written on Facebook in 2016 lately, my behavior for a large part was unacceptable. "I understand now that many people around me are hurt by my behavior and for this I am incredibly sorry."

At the same time, the gang suffered hypothesis that continued until 2018.

Their return to festival line-ups was as controversial as their first departure. They are withdrawing from the new festival's newcastle last year following a backlash of social media.

When Frost asked for his past radio coverage last year, they were told that "teenagers would be teenagers" and "it would, man," who called for great criticism.

Following the appearance of the radio, Frost released an apology video, again apologizing for his past nature and added that he had highlighted mental health issues including bipolar schizophrenia and alcoholism.

Cornwall has published an exploratory tire in May on his personal instagram against Triple J's youth radio station, which he said declined to play the band's music.

"Triple J, E … You and your artist repertoire. We don't … you need you. We won't want you because you play your own … bulls … and you're a bunch Of Maggats, "Cornwall said.

And later in May, the band issued a call for help after frost was missing during a tour of Europe.

The Facebook page and the website of the band recording no upcoming tour dates, but other websites have tickets for signals in Italy and Indonesia in August.