Oil in bulk against the entry into force of sanctions against 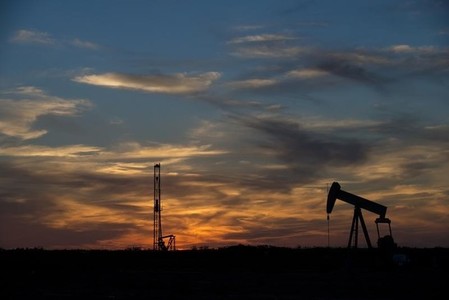 Brent crude from the North Sea for delivery in January gained 34 cents to finish at $ 73.17 at the Intercontinental Exchange (ICE) in London.

On the New York Mercantile Exchange (Nymex), a barrel of light sweet crude (WTI) for the December contract brought 3 cents to approach $ 63.10.

The market has long been preparing for the implementation of the measures announced by Washington for pressure on Tehran, with the Donald Trump administration in particular showing its desire to reduce Iran's raw exports to zero.

"Oil prices rose to higher levels in the beginning of October, anticipated sanctions and a decline in global supply," said Matt Smith of ClipperData. "They are gradually falling, as the supply has finally remained high," he added.

"And now that the sanctions actually come into force, we really have to see that Iranian exports are falling, exemptions are granted, and we do not know what the effects will be," the specialist said.

US Ambassador Mike Pompeo said on Monday that the United States was allowed by eight countries, including China, India, Japan, South Korea and Italy to continue to buy Iranian oil temporarily.

Other countries that have a six-month suspension are Greece, Turkey and Taiwan, adding that he promised "relentless" pressure until the Iranian regime is crossed by 180 degrees. "in his" destabilizing "behavior in the Middle East.

"As the Saudis increase their output to offset sanctions against Tehran, if Iran continues to produce so much, we could actually see an increase in production," said Joshua Mahony, an analyst at IG.

Other analysts preferred to be careful about the uncertainties associated with these sanctions.

"There should be enough oil in the market to meet the demand for this winter," said Ann-Louise Hittle, an analyst at Wood Mackenzie. "This leaves the market vulnerable to winter growth in demand or further supply disruption," she noted.

In the meantime, Bjarne Schieldrop, SEB analyst, said that Saudi Arabia, the world's largest exporter, "would soon have to meet the needs of US President Donald Trump after parliamentary elections."

The US president has actually attacked the Organization of the Petroleum Exporting Countries (OPEC) because he has asked for a lower price of black gold, while the price of oversized gasoline may be a vote before Tuesday's US elections.