On the tender for an infectious swine fever; CDMX used 290 vaccines 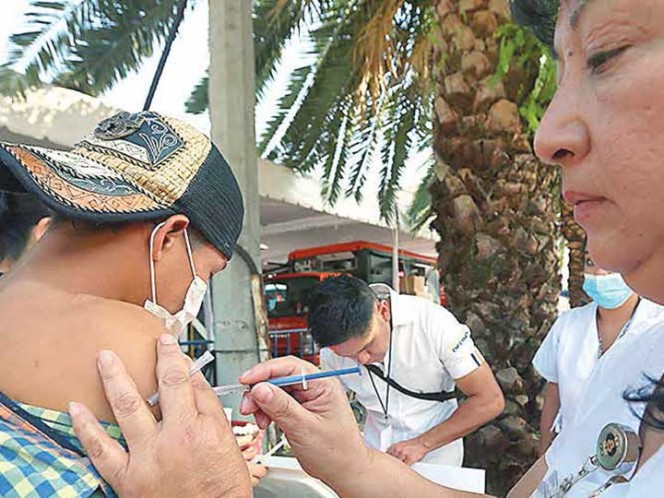 The sanitary authorities of the Mexican government used 95 migraine and diphtheria vaccines and 195 anti-influenza vaccines in the Magdalena Mixhuca migrant shelter.

The sanitary authorities of the Government of Mexico City are ready for a possible outbreak of respiratory infections in a migrant refuge located at the Jesús Martínez Palillo Stadium in Iztacalco City Hall.

According to the staff of the secretariat for the health of the capital (Sedessa) and the Red Cross, cases of influenza and tuberculosis were detected.

Although they did not specify how many cases have been recorded in recent hours, advocacy sources who have applied for anonymity have commented that they are also in the condition of measles virus, because after the analysis of the symptoms of the patient, a laboratory has been established to confirm or reject the case.

In addition, two people who have positively tested for a virus with acquired immune deficiency (HIV) have been identified.

Yesterday, during a press conference, the government authorities of CDMX and the National Commission on Human Rights of the capital reported that 771 medical consultations, 86 dental services, 108 drugs, 95 vaccines against tetanus and diphtheria and 195 for influenza; In addition, 141 Oral Serum Nerve Envelopes were delivered.

La Sedesa reported that acute respiratory infections, myocoses, conjunctivitis, and lacerations in the feet were among the cases that took place.

On the other hand, Daniel Regalado, the head of sanitary jurisdiction of Isthmus from Tehuantepec, confirmed that the local Ministry of Health found that four migrant women from Central America presented symptoms related to the dengue, and they conducted a clinical analysis, although patients excluded rest, and they continued in the trailer.