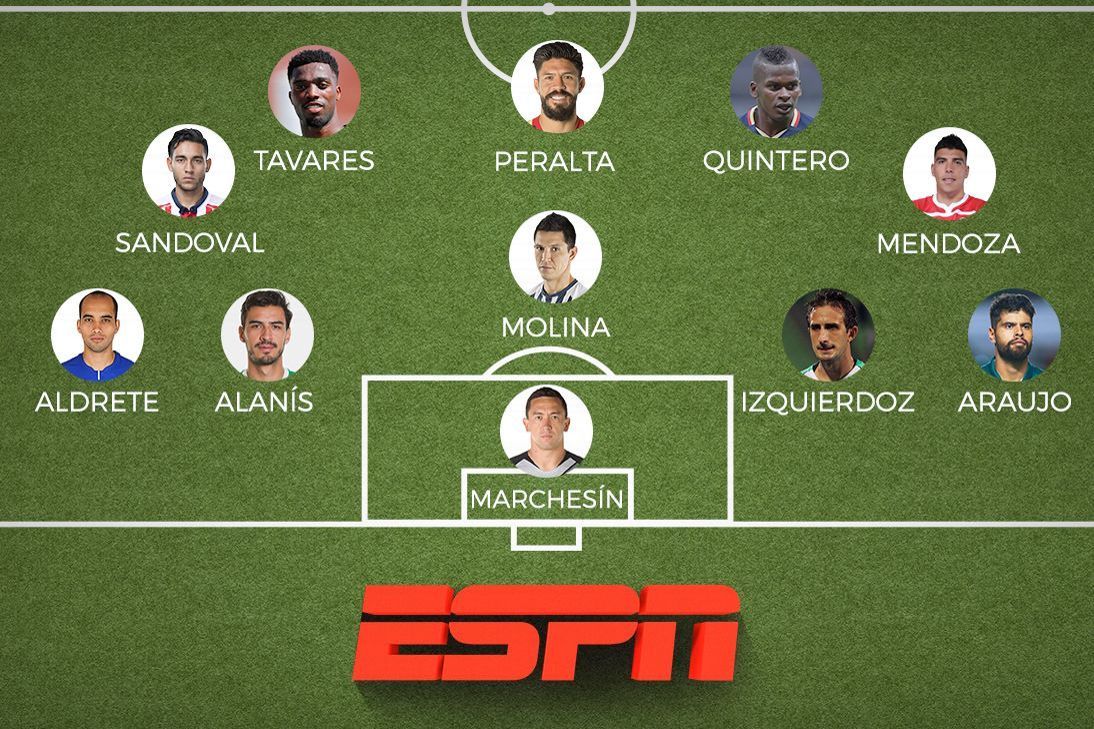 MEXICO – Since 2014 Apertura, Santos has been restored in all its lines and left the players who were his emblems.

Four years pass, and soldiers miss absences, as solid candidates are every tournament in the first place.

The first one to leave was Oribe Peralta Originally from Torreón, "Cepillo" left north of the country and arrived in America for Apertura 2014.

At the tournament, Darwin Quintero caught Eagles. He was born in Colombia and left the Clausura region in 2015.

Oswaldo Alanís was the next victim. At the end of 2015, Clausura went to Chivas, where he spent three years in Europe and fulfilled his dream.

At the end of 2016 Clausura left Adrián Aldrete and Luis Mendoza left Warriors. The first went to Cruz Azul, while "Quick" tried his luck with the Jaguars.

One of the most painful losses for Santista fans was Agustín Marchesín. The Argentine goalkeeper later showed that he never wanted to leave the club. At the end of the opening in 2016, he went to America.

The same tournament, Jesus Molina, left the dispute and went to Monterrey.

At Apertura 2017 Walter Gael Sandoval began to shine and Chivas took his eyes. They did not doubt this and the Mexican came to the Fleet.

The latest losses came three times. After reaching Clausure 2018 against Toluca, Néstor Araujo and Carlos Izquierdoz farewell. The defense pillars were fired at the highest point. Nestor suffered injury and supported the bench, but was a fundamental part of the title, and then went to Celto de Vigo.

Meanwhile, Izquierdoz raised the cup and went to Boca Juniors. In addition, his shooter, Djaniny Tavares, went to Saudi Arabia. Cape Verdean farewell, despite being the measure of the attack.

From the bench, Santos also had guides who were referents. In recent years she was the most expensive Pedro Caixinha. Portugal won three titles with Laguneros: Copa MX vs. Puebla, Liga MX vs. Querétaro and champions of championships against America. The Lusitan went to Qatar, then to Scotland, and just returned to Mexico, where he is the leader of the Cruz Azul bench.