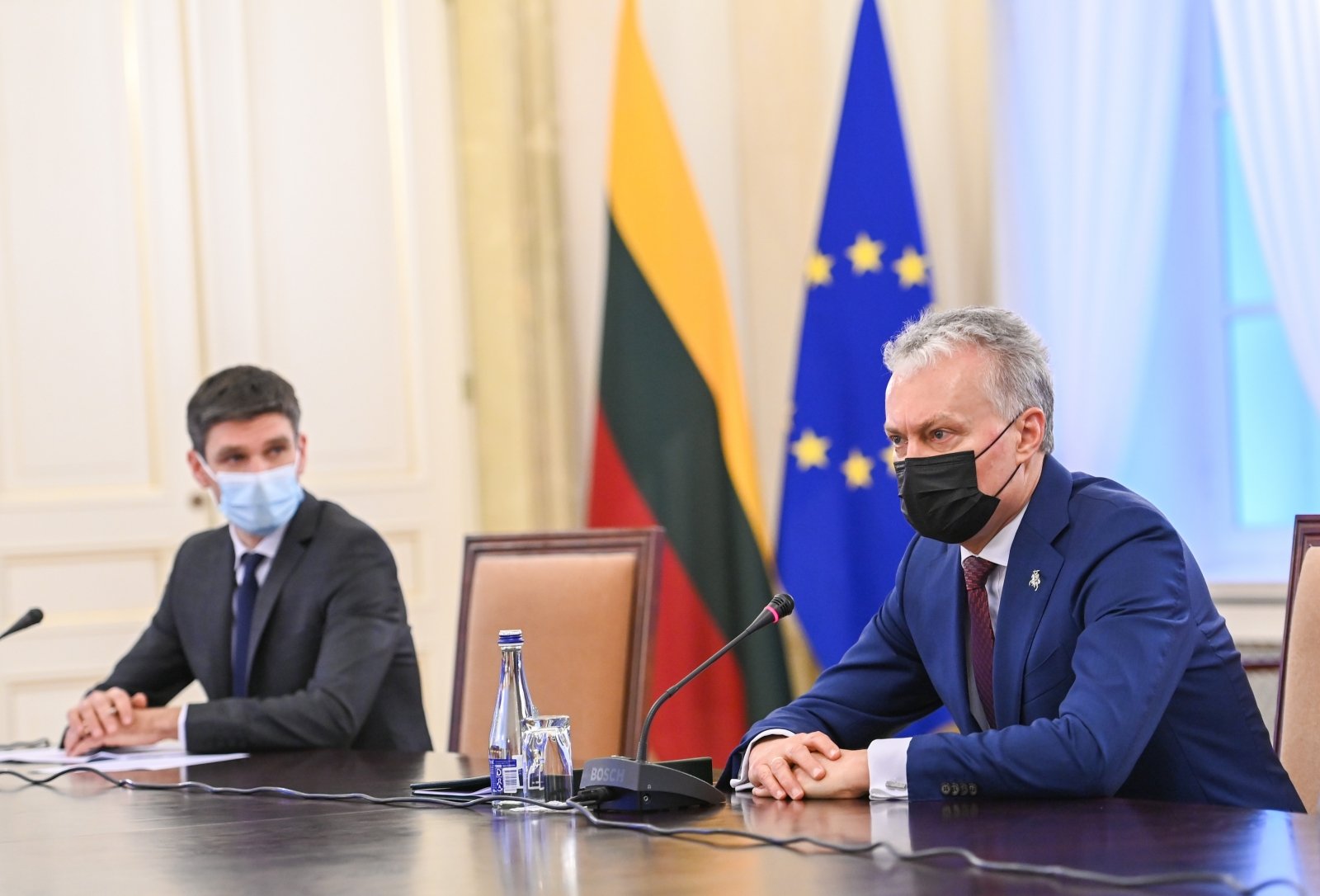 “The tightening is aimed at reducing people-to-people meetings (…) The restrictions are aimed at outlets, educational places, workplaces and family communications,” the adviser told reporters Sunday.

“The president believes that these proposals must be implemented immediately,” he added.

The head of state discussed the situation with members of the Council of Health Experts on Sunday. The meeting was also attended remotely by the appointed Prime Minister Ingrida Šimonytė, the candidate for the Minister of Health Arunas Dulkis, the Deputy Health Minister Christina Garololiene and the Adviser to the Interim Prime Minister Saulius Squernelis on health issues Jonas Cairis.

S. Krėpšta stated that outgoing Prime Minister Saulius Skvernelis and Health Minister Aurelijus Veryga had also been invited to the meeting, but they did not attend.

According to the presidential adviser, the issue of establishing a state of emergency was also discussed at the meeting, but there are still no plans to propose.

“An emergency state is necessary to be able to establish understanding, which would restrict every movement at certain hours of the day. “This proposal has been discussed, so far it has not been specifically proposed, but if the situation worsens, no one is protected from having to take similarly strict measures,” he said.

According to him, the intention is to limit the education as much as possible, as well as to tighten trade in non-food stores.

“Regarding education, it is proposed to limit it as much as possible (…) There is a concrete proposal to specifically limit the sale of non-food products on weekends, starting on Friday evening,” the counselor told the head Of state.

Mindaugas Stankunas, a professor at the Lithuanian University of Health Sciences, says the effects of quarantine are being played out, but stricter measures are needed as the growth of cases continues.

“If this had not been introduced, we would have seen different numbers, we can see that we lack very little to change this situation,” said M. Stankunas told reporters.

According to him, one of the recommendations is to limit the meetings as much as possible.

“One of the recommendations is to limit family meetings as much as possible, which means there should be no communication with friends or other families,” the doctor said.

He also recommends wearing protective face masks at home if at least one member of the family suffers from coronavirus, among others, recommending an hourly ventilation of the premises.

According to m. Stankunas, has been considered the epitome of a corpse, but it is hoped it will be avoided.

“We still hope to be able to avoid such a thing,” Stanconas said.

It is not permitted to publish, quote or otherwise reproduce the information of the news agency BNS in mass media and websites without the written consent of UAB “BNS”.