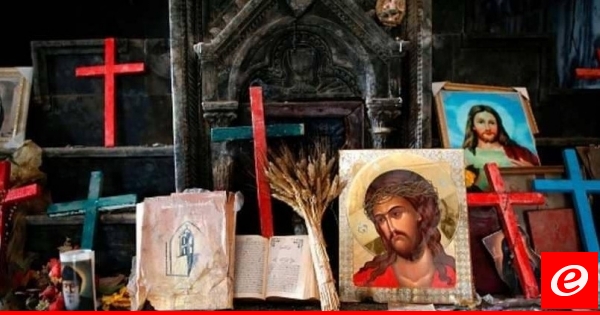 Since 2011, the French press agency has depicted the most serious attacks by the Coptic Churches in Egypt. According to the diagram, the first attack on January 1, 2011, which killed 23 people and 79 injured after the end of the massacre In an attack that no one claimed.

The second attack took place on October 20, 2013, and four people were murdered during a wedding of the Cairo Church during an attack. In 2016, a suicide attack attacked near the Coptic Orthodox cathedral in Cairo's Abbasid district, nearly 29 people, and an organization considered the attack to be responsible. 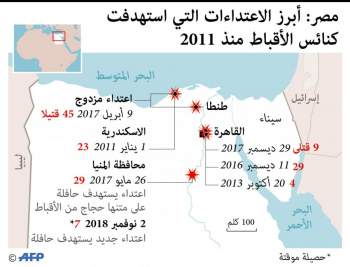 In 2017, there were three attacks, the first on December 29, when a Jihadist nine men died at Mar Mena Temple in Helwan, south of Cairo, and accepted the attacking organization. The second assault on 26 May was held on a bus that led Copper pilgrims to the Anba Sámuel monastery in Minya, killing 28 people and adopting an attacking attack. The third attack took place on 9 April during the Copts Palm Sunday Sunday celebration. He targeted two suicide bombers from the body, calling two churches in Alexandria and Tanta in northern Egypt, killing 45 people.

This year, on October 2, 2018, a bus that sent Christians back to the monastery of Anba Sámuel in Minya killed seven people. The attacks on Egyptian Copts resulted in 145 deaths in seven years.