Customers will not exceed EUR 3.5 per month for most customers of Elektur 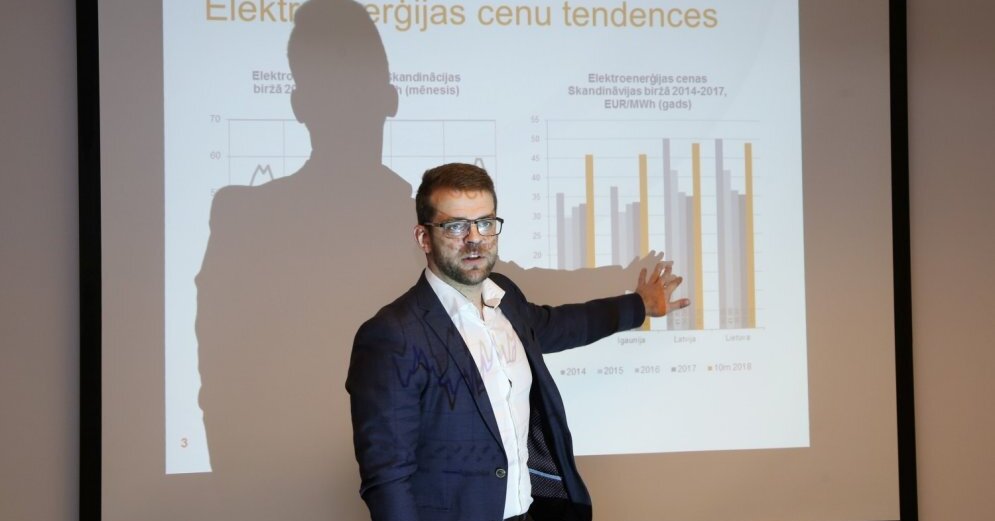 Most electricity companies or 80% of energy companies will not exceed 3.5 euros per month, according to trademarks of the Latvenergo brand "Elektrum", Uldis Mucinieks, Latvenergo sales director at today's press conference.

He explained that the increase in accounts depends on the customer's electricity consumption. 10% of all Elektrum customers are protected users whose accounts remain the same as the following year. 40% of customers with an electricity consumption of up to 100 kilowatt hours (kWh) per month will have an account of EUR 1.70, a 30% consumption of 100 to 200 kWh, an increase of EUR 3.50 and an additional 20% . by more than € 3.50.

Customers who purchased electricity in accordance with changing prices of stock markets through the use of stock market products, have seen price fluctuations since the summer. On the other hand, for customers using fixed-line products, price changes come into effect for different periods in accordance with the terms of the contract. Approximately 85% of customer contracts were concluded on 1 January, as the day of the opening of the electricity market was opened, and the proposed tariff has changed on that date, explained Mucenieks.

When comparing the ten-month period 2018 and the same period last year, the electricity price in the Scandinavian region increased by 49%. In Latvia, the price increase is around 40%.

He talked about future forecasts, Mucenieks said that electricity prices will remain the same in the first half of 2019. "We do not expect the price of shares to fall sharply next year," Mucenieks said, adding that next year will not be too much hope because the water level in the Scandinavian rivers will not recover and will be low.

From January 1, 2019, Latvenergo Elektrum's electricity customers will increase their electricity bills by 0% to 15%.

Latvenergo project manager Ilvija Livmane announced that Elektrum will send new prices to all future customers by the end of the year in accordance with the terms of the contract. Changes in prices are individual, depending on the amount of electricity consumed. For example, two customers with the same type of connection will use the product "Elektrum 600+". If it consumes 600 kilowatt hours (kWh) per month, the consumption of electricity per kilowatt hour (kWh) is also changing in one single product, depending on the amount of electricity consumed. the other 900 kWh per month, then the price per kWh for a single product will be different, "explained Latvenergo spokesperson.

The company stressed that in the 10 months of 2018 compared to the same period of 2017 electricity prices on the stock exchange increased by 49%. Livmane also pointed out that charging electricity is only one of the components in the electricity bill, which represents about one third of the total payment. "The share of electricity in household accounts next year will increase by about 33-35%, but since the electricity bill in the joint account is only a third, the total cost of the account will be 0-15%. A significant number of customers, such as protected users, changes will not be, or will be minimal. The increase in the account will affect the power of connection and the amount of electricity consumed by other users, "explained the company representative.

Elektrum customers have recently received notifications of changes in electricity prices from 1 January of the following year. Although prices for individual customers remain the same or even decrease, many tariffs for electricity are increasing.