Bordan: Government jobs could be divided according to the principle of proportionality – Society and Politics – News 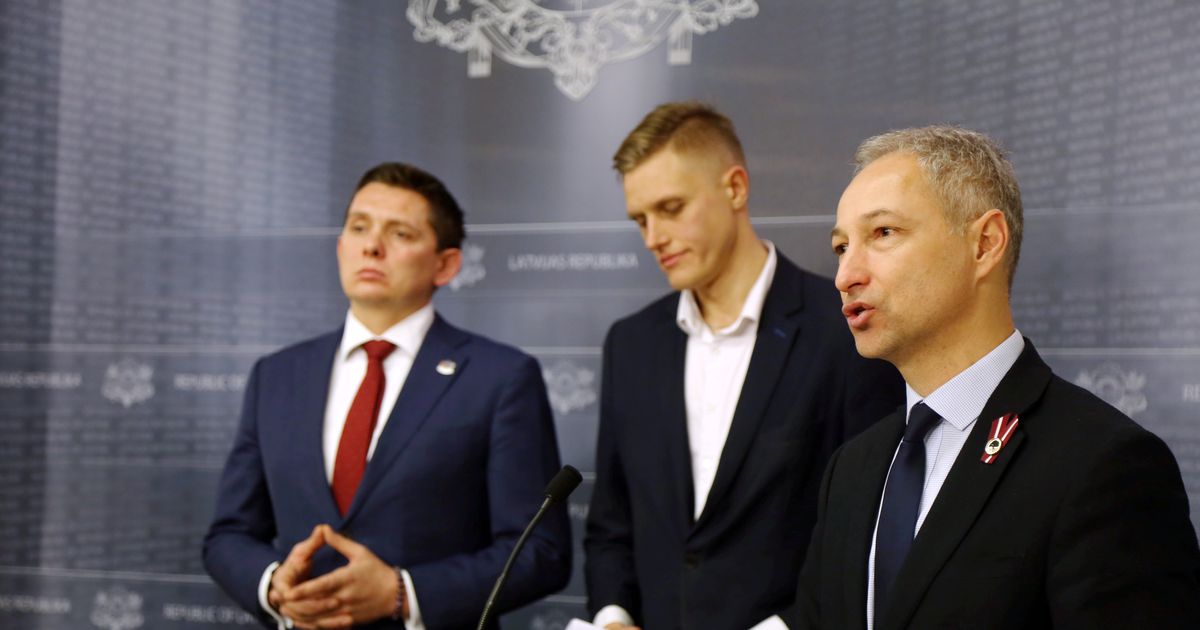 Bordan today at a press conference following a meeting of potential partners, has refrained from revealing a possible division of responsibilities in the government. I would do this when the parties arrive "close to the solution".

Bordan said he offered his partners the respect of the principle of proportionality. This means that each party would have three seats in government, with the exception of "new unity" that would have two areas of responsibility. The politician added that the division of ministries must also take into account the role of President Saei.

Partners are also invited to nominate potential ministers, but they have not done so, but "Development / O!" he also did not mention potential areas of accountability.

Among the candidates for the Finance Minister, Bordan was mentioned by politicians Gati Eglīte and Krišjānis Feldmanis and Juta Strīke and Juris Jurasas, candidate for the Minister of the Interior. According to the information available to Leti, Anita Muizniece was appointed Minister of Education and Science in the PUC.

"KPV LV" could offer the position of the Minister of Agriculture, the Minister of the Economy and the Minister of Transport. It was also possible for the party to get the seat of President Saeim in the Presidency, which should in this case be left to Inese Lībiņa-Egnerei (JV).

VL-TB / LNNK in the new government could entrust continued monitoring of the Ministry of Culture and the position of the Minister of Defense. Political ministers should be offered by the two ministries, as the national association has its seat in Saeima.

The MFA could continue to be led by Edgar Rinkevičius (JV) and "new unity" could take responsibility for the Ministry of Justice.

According to the report of the five political forces, they are currently participating in talks on the construction of the government – PUC, KPV LV, Development / Par !, National Unity and New Unity. Bordan and his potential government have so far expressed support for "KPV LV", while "the New Union" would be ready to support under several conditions.

Krišjānis Kārins, the leader of the new unity, told LETA that the "new unity" could support the Bordan government if it had clear support from the parliamentary majority, and all the partners agreed on the work to be done. Similarly, the "New Union" government would like to take over at least two areas. Bordan's assessment of the government's work plan, New Unity, is a good start for further talks, but he sees it as a "pre-election PUC document, not a professional tool for government planning".

Other political parties involved in the talks have not yet expressed a clear view on the possible support of the Bordan government.