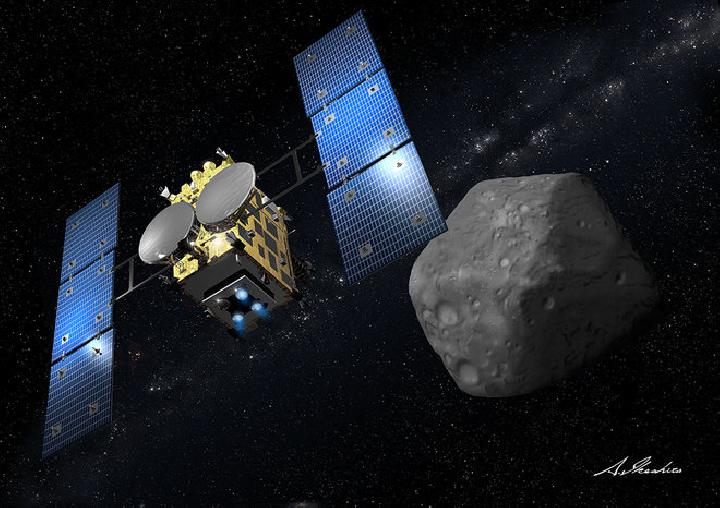 TEMPO.CO, Jakarta The Japanese spaceship Hayabusa 2 completed its first mission in six years, on Sunday 6 December 2020. The aircraft released its capsule containing rock samples from an asteroid that entered the Earth’s atmosphere and landed safely inside Australia, Near Woomera, about 460 km north of Adelaide.

“It was found by scientists and taken to a local research center,” the Japan Space Exploration Agency (JAXA) said Sunday in a Twitter account.

JAXA sent the Hayabusa2 mission to seek answers to a number of fundamental questions about the origin of the solar system and from which molecules like water came. The spaceship for the mission was launched from the Japanese Space Center in Tanegashima in 2014, and it took four years before it reached the asteroid Ryugo.

Asteroids are believed to have formed since the beginning of the solar system, and scientists suggest that Ryugu may contain organic substances that contribute to life on Earth. Hayabusa2 takes two samples of this asteroid.

First by firing small bullets on the surface to catch the ejected dust particles. Second, make an explosion to delete the crater hole with a diameter of 10 meters. From the crater, Hayabusa2 was able to obtain samples of pure material from the Ryugu asteroid crust.

“Observing rocks above and below the surface will provide an understanding of how the environment in space has changed this rock over time,” said Carrie Donaldson Hannah of the University of Central Florida, United States.

According to early research, the Ryugu asteroid rock is porous and very brittle. Almost half of its composition is a cavity. If it enters the ground atmosphere, it is believed that the type of rock will burn out.

“So the rock pattern (sent by Hayabusa2) will be something completely new to us and different from the meteorite collection that exists today,” added Hannah.

After taking rock and dust samples from the asteroid’s surface, Hayabusa2 made a return to Earth in November 2019. The plane then released its capsule with the sample to enter the Earth’s atmosphere, and this was done Sunday morning.

Hayabusa2 then started the rocket engine again, pushing itself back away from Earth. There is still plenty of rocket fuel available that is expected to be able to supply it to another asteroid, KY26 1998, in 2031 and perform the same mission.