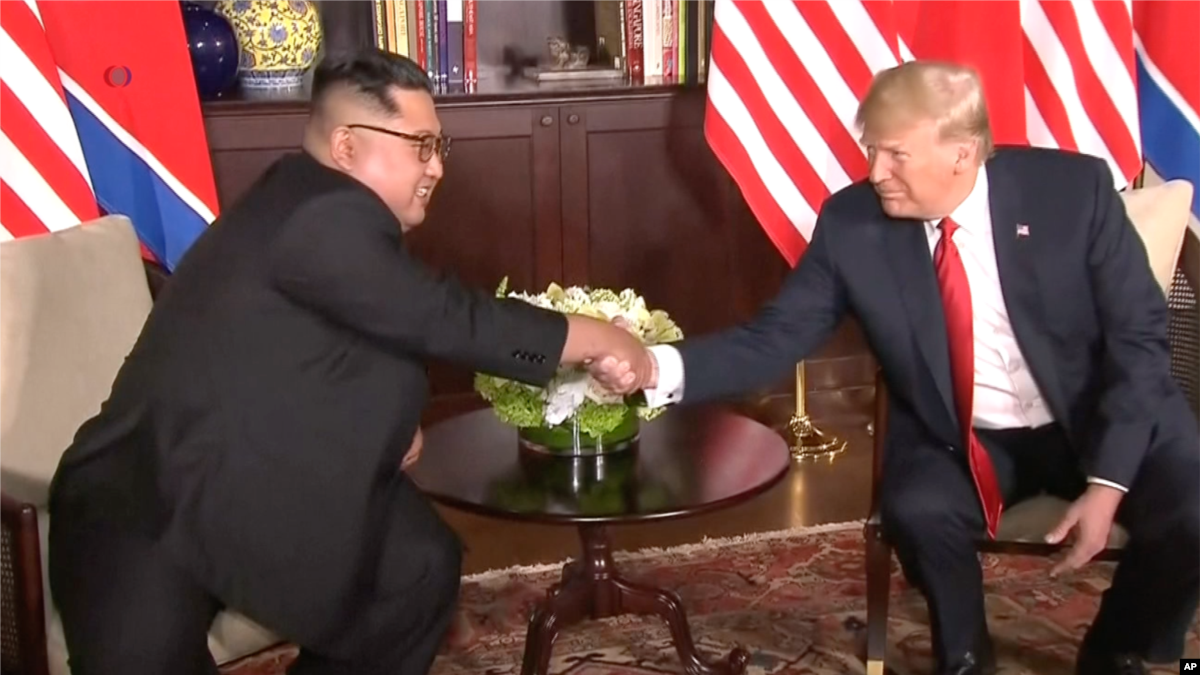 [ad_1]
The leaders of the United States and South Korea shake hands and break the ice.