the epidemic continues to advance and strike in Ile-de-France 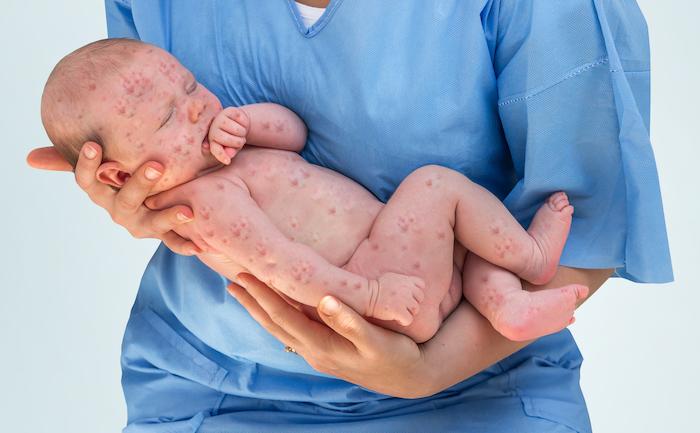 The threat is rising. Since January 2018, after the worst measles epidemic after ten years, Europe is facing: over 41,000 children and adults have contracted the disease in the last few months (37 died), twice as high as the year 2017.

In Ile-de-France, the Regional Health Agency observed 56 measles cases in October, while we observed 3 to 4 months before, which was greatly increased by Aurélien Rousseau, director general of the agency director at the France Bleu microphone, especially since each patient can contaminate between 15 and 20 people.

The home is most likely to hit Seine-Saint-Denis and there were no deaths, but 11 patients were hospitalized, mostly children aged 4 years, whose vaccinations were not updated. The reason for the emergence of this epidemic outbreak is not disclosure due to inadequate coverage with vaccination.

Accelerating our coverage of immunization is the only way to limit the spread of measles. Mobilization @seinesaintdenis and its PMI centers and@ARS_IDF : do not split, it's not about personal choice, but about managing a common danger. https://t.co/KhH80v9jB2

Coverage of immunization is not optimal

There is a minimum vaccine coverage threshold in the "group protection" population for work and protects those that can not be split (newborns, immune-compromised …). This threshold depends on the infectiousness of the disease.

In France, with a nearly 97% coverage of immunization for diphtheria, the collective immune threshold is exceeded, and the entire national community is also protected in the event of migratory infections. . Similarly, infections with Haemophilus influenzae b in children, rubella or mumps in the country are almost eliminated because the rate of coverage for them is higher than the threshold of group immunity for these 3 diseases.

On the other hand, the current rate of immunization coverage against measles (79%) is still insufficient to allow group immunity (group immunity threshold = 95%), so epidemic outbreaks of large-scale disease occur. : more than 23 000 cases reported in France between 2008 and 2012, more than 1,500 serious pneumonia and more than 30 encephalitis with 10 deaths). At a time when we see more than 41,000 measles cases in Europe, it's unbearable and dangerous.

In case of an epidemic, the vaccine can be obtained up to 72 hours after contact with a person suffering from measles in order to avoid the occurrence of the disease (vaccination to the end). The vaccine is very well tolerated and has exceptional contraindications. It's not the same with measles.

This is not a mild illness of childhood

Cough is a contagious disease caused by a highly contagious virus, which previously had a predominantly impact on younger children aged 5 to 6 months. This is no longer the case: one third of the cases reported in France are people over 15 years of age. The disease can be contaminated by up to 20. Measures are ten times more infectious than flu. It is simply transmitted from one person to another by air, during coughing, sneezing, or by contact with contaminated objects (toys, handkerchiefs …).

Often mistakenly considered benign, "measles are not just a childhood disease, but also adolescents and young adults, and can cause serious complications (pneumonia, encephalitis …) and sometimes hospitalization" or death, the Regional Health Agency Occitania recently said.

Ukraine is the most difficult country with 23,000 cases in 6 months, followed by her Serbia, Russia, Italy, Georgia, Greece or France. According to Santé Publique France, the number of cases of measles increased significantly (in France, editors' notice) as of November 2017. This situation is due to the insufficient coverage of infant vaccination (79% at two doses of vaccine instead of 95% needed), children and young people adults. "

More specifically, In France, 2741 cases were reported between November 6, 2017 and at least August 2018, 22% were hospitalized, and three deaths occurred in January. In short, contrary to general belief, measles are neither eradicated nor benign infantile disease. It also affects adults, it can cause complications pulmonary or neurological problems or even fatal.

Mash around the world

Chills are still the main cause of death among children in poor health, but the WHO is doing a lot of work. Between 2000 and 2005 more than 300 million children aged from nine months to 15 years were vaccinated or revaccinated. In 2015, almost 77% of the world's population was vaccinated, which led to a further reduction in mortality: less than 345,000 deaths were reported this year from 20 million patients.

In Europe, a plan to eliminate the appearance of measles was introduced between 2005 and 2010. Elimination occurs if there is no epidemic – even small – for one year or more. It is based on vaccination, so the logic of compulsory vaccination in France is from January 2018.

Are you interested in this topic? Come to discuss this on our forum!