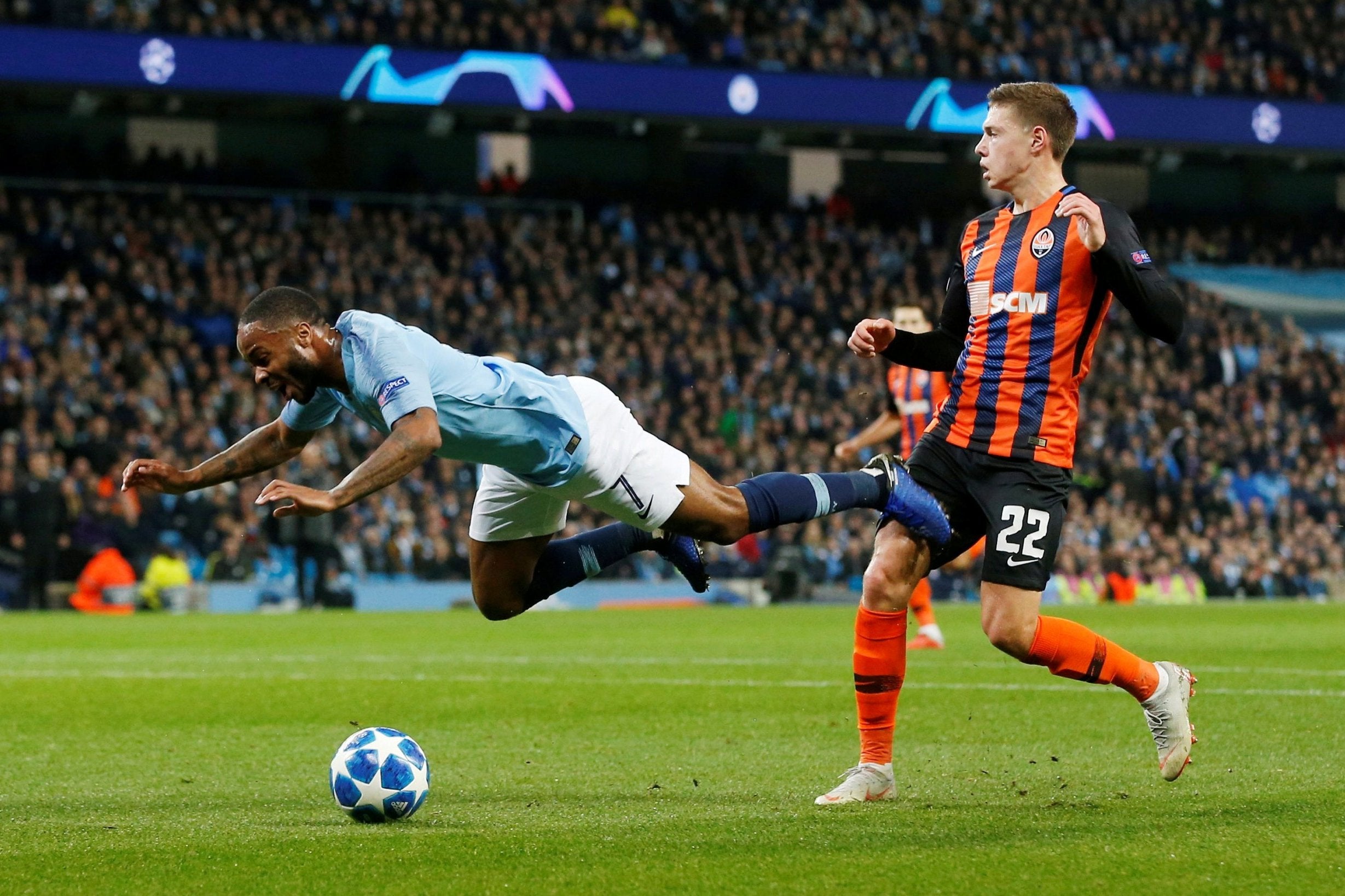 Fans in social media were having fun at Raheem Sterling on Wednesday playing Doncheg's charity in Manchester City, who beat the comic penalty on the 6-0 in the Champions League.

The first of the city double shots – both rebuilt by Gabriel Jesus – was rewarded when Sterling fell when he tried to shoot his feet on the ground, with Shakhtar's close-up defender Mykola Matviyenko not touching him.

Sterling told BT Sport: "I went to the chip ball and I do not know what happened next.

"In the end I ended up on the floor and turned around. I do not think I was in contact, it was just my fault.

At his press conference after the match, city boss Pep Guardiola admitted, "we immediately found out that this was not a penalty".

Sterling was watching racing after the prize, and some fans of unlisted social media labeled it "the worst decision".

Twitter user @MrAuthorLuke posted: "Sterling has transferred from referee and sent a penalty. He had to be the worst penalty!"

Guardiola agreed that the judge wrongly blamed and said that the incident highlighted the need to introduce a video assistant (VAR) system.

"We do not like this position," said Guardiola, who admitted that he could tell Sterling at the time.

"You know VAR and what is it – the judge needs to help because they do not want to make mistakes.

"The game is so fast, so fast these days. I should tell someone something for someone," he added.