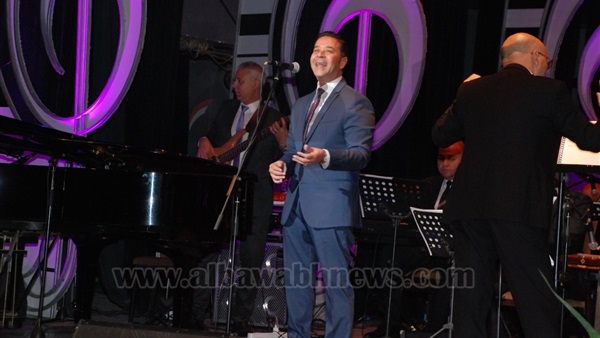 Shortly thereafter, the artist revived Medhat Saleh, The second concert of the nineteenth session of the Arab Music Festival, named after the late Shadia in the opera Theater Damanhour, in the middle of a large audience.

He was singing "Salih" with a series of his most beautiful songs, including "Hancad A, Bareem El Salam", the artist's reader, the world taught me, the light is his place in the hearts, the daughter of the heart, the dream and the walker beneath him.

From November 2nd to 11th Opera House will organize some festival activities in Damanhour with the participation of a selected group of singers of Arabic music in Egypt and the Arab world.

It is worth mentioning that Shadia's late artist is a feature of the Arab Music Festival for this session, dedicated to the late Miss Michelle Masri and the late violinist Saad Mohamed Hassan.