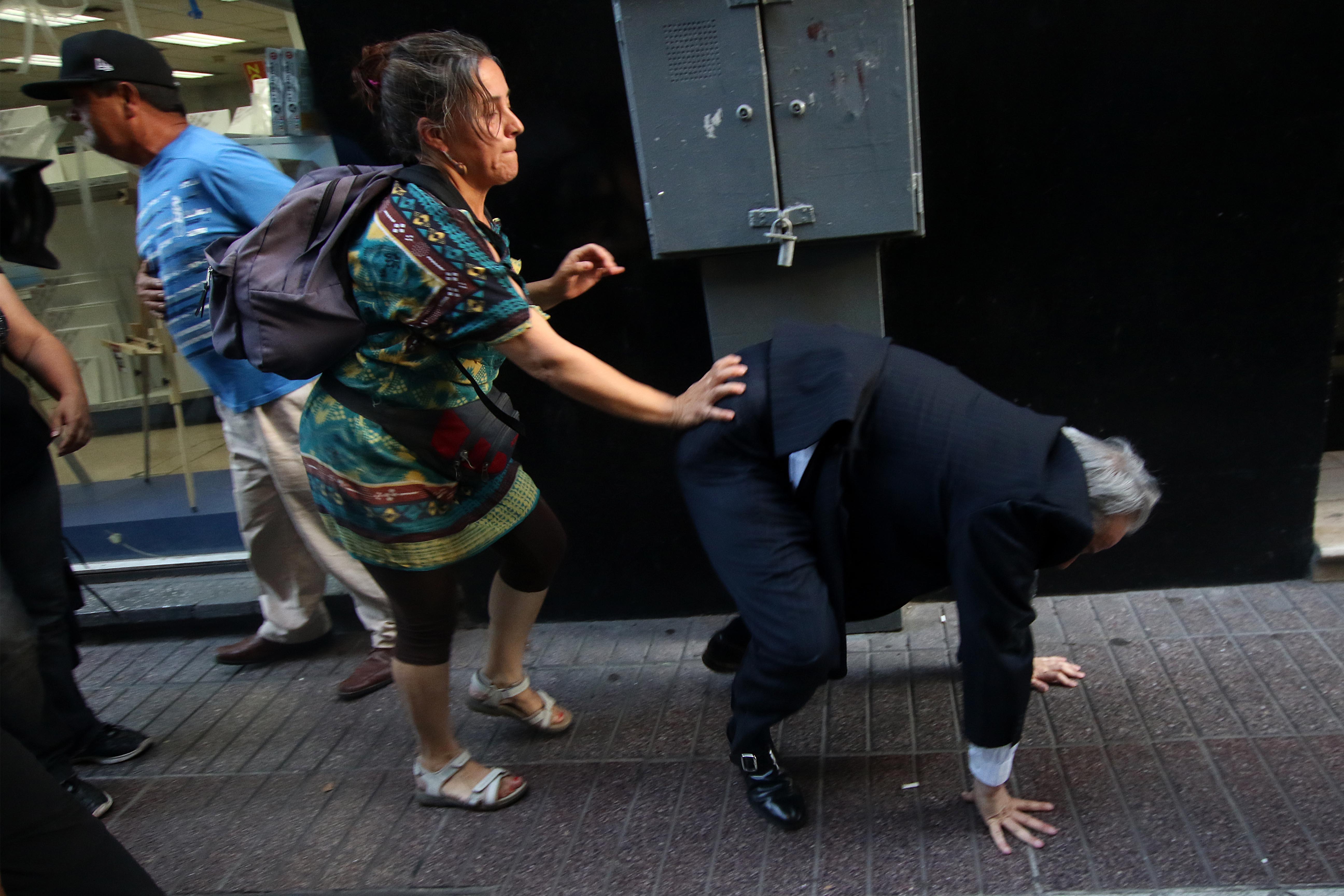 The North Central Metropolitan Prosecutor's Office will formalize two women accused of the aggression suffered by the President of the Constitutional Court (TC), Ivan ArostikaOn December 19, the convictions for conditional liberties for those convicted of crimes against humanity ended.

The imputed ones are Ingrid Ugarte, 46, and Cecilia Ibáñez, 52. On December 28, they were in charge of the public-field stage, which they participated in the violent incident that took place on the Hua Phanos promenade.

With the testimony of the two women The persecutor of Francisco Jakir asked for a formalization hearing for the crimes of "public authority and threats", Like cooators. The trial will be held at noon on February 25 in the Seventh Court of Guarantee of Santiago.

Read also: Protesters Attack the President of the Constitutional Court in the Means of Mobilization in Santiago

On January 3, TC's lawyer, René Valenuela, filed a complaint against those responsible, pointing out what happened to "An attack directed directly at the aristica president with the aim of intimidating the constitutional jurisdictional work of the headquarters that heads."

The complaint stressed that the attack suffered by the minister "It is so serious that it gives our legal system a serious danger of institutional insecurity, affecting the social peace of the nation.