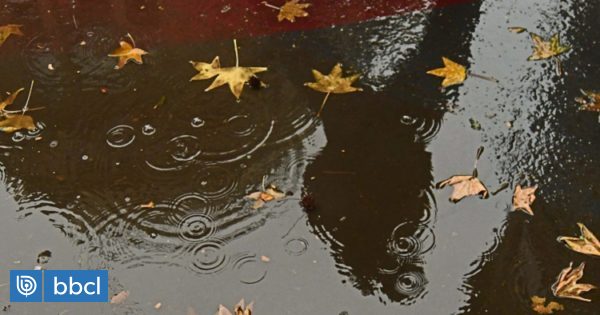 The metropolitan intendence in conjunction with the National Emergency Office (OneYem) explains Preventive Early Warning For some communes from the capital.

This measure will apply to the communes of Colina, Lo Barnechea, Vitacura, Las Condes, La Reina, Peñalolén, La Florida, Puente Alto, San José De Maipo and Pirque , From this Tuesday until the weather conditions are limited to it.

The metropolitan authorities made this determination precipitation forecast That is expected for the Presordillera of the capital. In addition, the rains would extend between the foothills and mountains from the regions of Valparaiso and O 'Higgins.

According to the technical risk analysis of the authorities, on Tuesday, December 4, forecasts were made Presentation of standard to moderate intensity, Generally isolated in the foothills and mountain range.

However, they added that the presentation of type nine and roam in the Cordillera and liquid in Presordilleran sectors with the Probably development of Thunderstorms.

On the other hand, the Meteorological Risk Report issued by the Chilean Meteorological Directorate indicates that the estimated amounts of rainfall and zero isotermic altitude are as follows:

Meanwhile, from Aguas Andinas informed that they are monitoring the evolution of the phenomenon under early notice, but until now they are with normal supply.