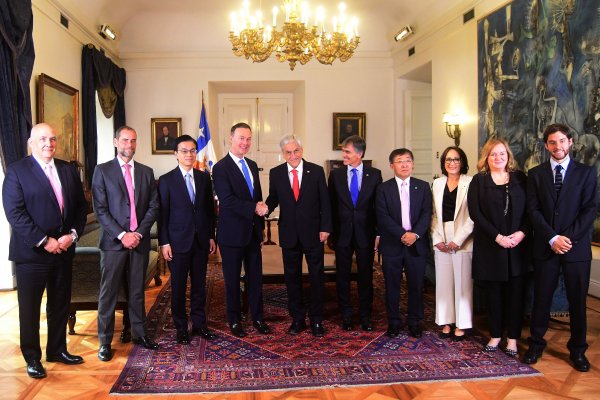 The CEO and President of the Tack, Don Lindsay, noted that the president "was very encouraging with our investment and welcomed us to Chile."

The recent major investment in mining was announced yesterday when TAC announced that it is connected with Japan's Sumimoto to give the go to the Quebrada Blanca 2 project, It. $ 4.7 million. The good news is brought by the company itself to La Monda.

And this morning, the manufacturers of the company, for 30 minutes with President Sebastián Piñera and Economy Minister José Ramón Valente, for example, in which they gave the president more details of the mining project.

Among the attendees is then Lindsay, president and CEO of Tech, who after leaving the meeting said, "He was very encouraging with our investment and welcomed us to Chile."

In this line, he added, "We make an important investment in Chile because we appreciate the strong relationship with the government." The executive said: "There will be many jobs in this investment, over 10,000 jobs in construction and more than 2,100 jobs (in operation), so it's an exciting day."

It should be remembered that in the morning the Canadian mining company announced that it chose the Japanese as a part of the project for which Sumitomo was left with 30% of the initiative in the United States. It. $ 1,000,000.

The project, which is expected to operational by the end of 2021, includes the construction of a 143,000 tonnes per day and related facilities that will be connected to a port and a new desalination plant.

It is expected that the average annual copper production will reach 316,000 tons in the first five years.