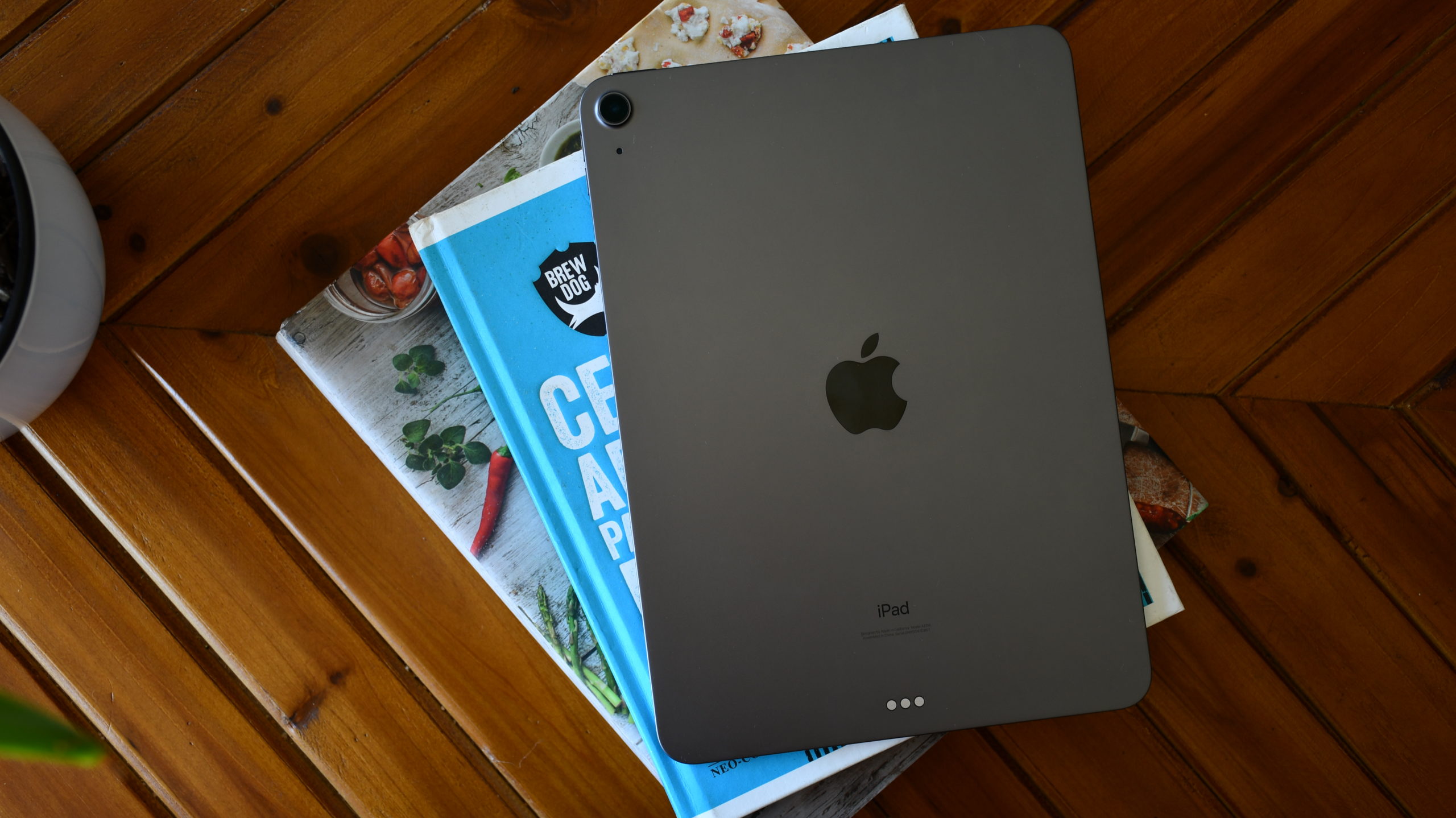 At this point, describing what an iPad is does not make much sense. The Apple tablet has earned its place in many homes as an entertainment center, both for the largest and the smallest. Obviously, a very large price gap has been created between the most basic and the most professional versions. Good luck to everyone, The new iPad Air is the perfect link between both worlds.

The fourth generation of this device has completely renewed its look, Get very close to the Pro versions. These novelties are not only in aesthetics, because it incorporates new interiors for a step further. All this makes it a highly recommended option when choosing a multimedia device.

Let’s go with the reviews!

The new iPad Air has totally changed its appearance compared to the previous generationWith a much more square style on the edges and achieve a screen that covers almost the entire front part. In short, it looks very similar to the iPad Pro, and perhaps the only differences in sight are the rear camera modules.

The overall design looks very modern and according to 2020. I read somewhere that the edges still looked very thick, but in my opinion they are the perfect size. Recall that in the case of tablets, more surface area is usually occupied at the time of taking them with both hands, so if they are thinner, there would be a chaos of unintentional touches.

Speakers are located on the side of the iPadAnd although they do not have the special placement technology that the iPad Pro introduced, it is very difficult to completely cover them when you hold it with one or two hands. Also on the side We will find a mobile reader on the power button. This works very well, although my only recommendation is that you hold the fingers of both hands, because we will not always have the same position.

About the rest, little to say, but for the better. The 4th generation iPad air It is a very good engineering and feels very well built, Being a single piece of aluminum, with a considerable weight but not uncomfortable and about 11 inches – in my opinion – accurate for this type of device. If you are looking for something that is “premium”, then go. By the way indicated.

Ah yes, I do not forget: Now has USB-C.So we can go with a charger for almost everything, except for the iPhone. It also has the upper part with magnets so that we can attach our apple pencil in case we have bought one. And finally, on the back, it has some magnetic pins to connect accessories, like the Magic Keyboard.

I do not want to make a comparison of this review with the iPad Pro, but since we are in the instances, it is necessary to emphasize that Here we find the latest Apple processor: the A14 Bionic. On paper, this is the best processor we can find for a mobile device, and also in practice.

A multimedia center for all ages

The first day with the iPad Air and I, almost by inertia, have consumed a lot of YouTube content on it. After a couple of days I wondered what it was about and the answer was obvious: his screen. We found a IPS panel with a resolution of 2360 x 1640 pixels in 10.9 inches That really looks spectacular. Without a doubt, Apple has graduated with calibrating the panels, and it raises expectations to see an OLED panel of this size in future generations.

Although we do not see the 120Hz panel that we see in the iPad Pro, I think that for ordinary people, this will not be a problem. Undoubtedly those who will notice the difference will be those who claim the device at a professional level, or those who have some game optimized for this refresh course.

Second, Has speakers that stand out from any other tablet in this price segment. His stereo sound fully complies when we for example see content on YouTube or Netflix. At one point, I got a little more critical and found that the basses did not sound as powerful, but I think that’s because the rest of it sounds so good that I demanded a lot more than it should have.

In general, the camera meets all boxes as a multimedia center for the whole family, totally intuitive for adults and children. In fact, it led me to use it over the computer – or many times the television – for reasons that I have yet to discover. Like I say, this is well designed and thought front.

Everything flows to the sound of iPadOS 14

Although there is still room for improvement, Ipados work like a charm. The optimization of Apple’s hardware and its own software reaches a much higher level than the competition. The gestures that iOS popularizes work in a rather intuitive way, and it takes – literally – 10 seconds to get used to it. In some updates, there are still some couple of aesthetic details, but I imagine that they will be solved over the weeks.

The iPad Air is moving step by step and formally applied as a replacement for your computer, And therefore we now support for connecting a bluetooth mouse and keyboard, dramatically increasing productivity on the device. Imagine that I could even start trading lightweight Excel spreadsheets. I will travel about this experience in a separate article in the coming weeks, but I want to make it clear that Leaving this notebook at home for everyday tasks, no longer seems such a far-fetched idea.

Oh yeah, wait, I have a review. By the major apps I have been missing a bit more in optimizing the space that the iPad provides. To the well-known Instagram case, some applications are added that only stretch the content we see on iOS. Come on guys, there is a lot of space to use here.

The clearest example of how well the device can handle is that the entire reviews were written on the same iPad Air with the Magic Keyboard and it accommodated me even more than typing it on the desktop or notebook. Along with this, manage my mail, surf, watch youtube and many other things. I believe that The only thing I really missed was the ability to use WhatsApp in some way on the device So that I do not have to use my phone every time when they talk to me.

And the battery? What a battery. You really do not think. After using the iPad for a few hours a day, the next day it is still at 80%. Then I use it more intensively, at least 4-5 hours a day, I consistently got two days of use. In the days when it is used more lightly, half an hour or an hour a day, I have already lost the count of how many days I have not loaded it. I repeat it again: what a battery!

Without LiDAR, but with good cameras

I do not want to focus this section on the rear camera, because I always thought that one ends up being ridiculous when taking pictures with a tablet. Yeah, I know there are cases where we can use it to digitize documents or something like that, and this fully complies. In fact, In good light we get pretty good photos.

At night we find some problems and we will not have the option to use the night mode to solve them. Anyway, why would we want to take photos at night with an iPad?

The front camera, which is – surely – the one we will use the most, behaves super well. FaceTime looks great, especially now when we can reach the system in 1080p. The experience is very good on other video calling systems as well, and without any problem to take a suicide from time to time. To record video is also nice. In short, Fully complies to perform all these functionsAlthough it would be analogous to think that it is on the cameras of the current iPhone.

Let’s not go any further than necessary, let’s get down to business: Is the new iPad Air worth buying? The answer will depend on what you need, but my first impression is that if you are thinking of spending almost a million pesos on an iPad Pro, you should not do that. Overall, the iPad Air is a better value for money.

Without a doubt, Apple has made a big leap this year by moving to the design format, renewing the gut of the device and taking iPadOS where it is today. With all this combination iPad Air is becoming the standard for its own competition, Set the note how to do things right.

The cost may seem a bit high, but if you really need a means to consume multimedia content, I think every peso is worth paying. The fourth generation iPad Air is already available in Chile for a price that starts at CLP $ 649,990 and we can find it in up to 5 colors: silver, gray, rose gold, blue and green.