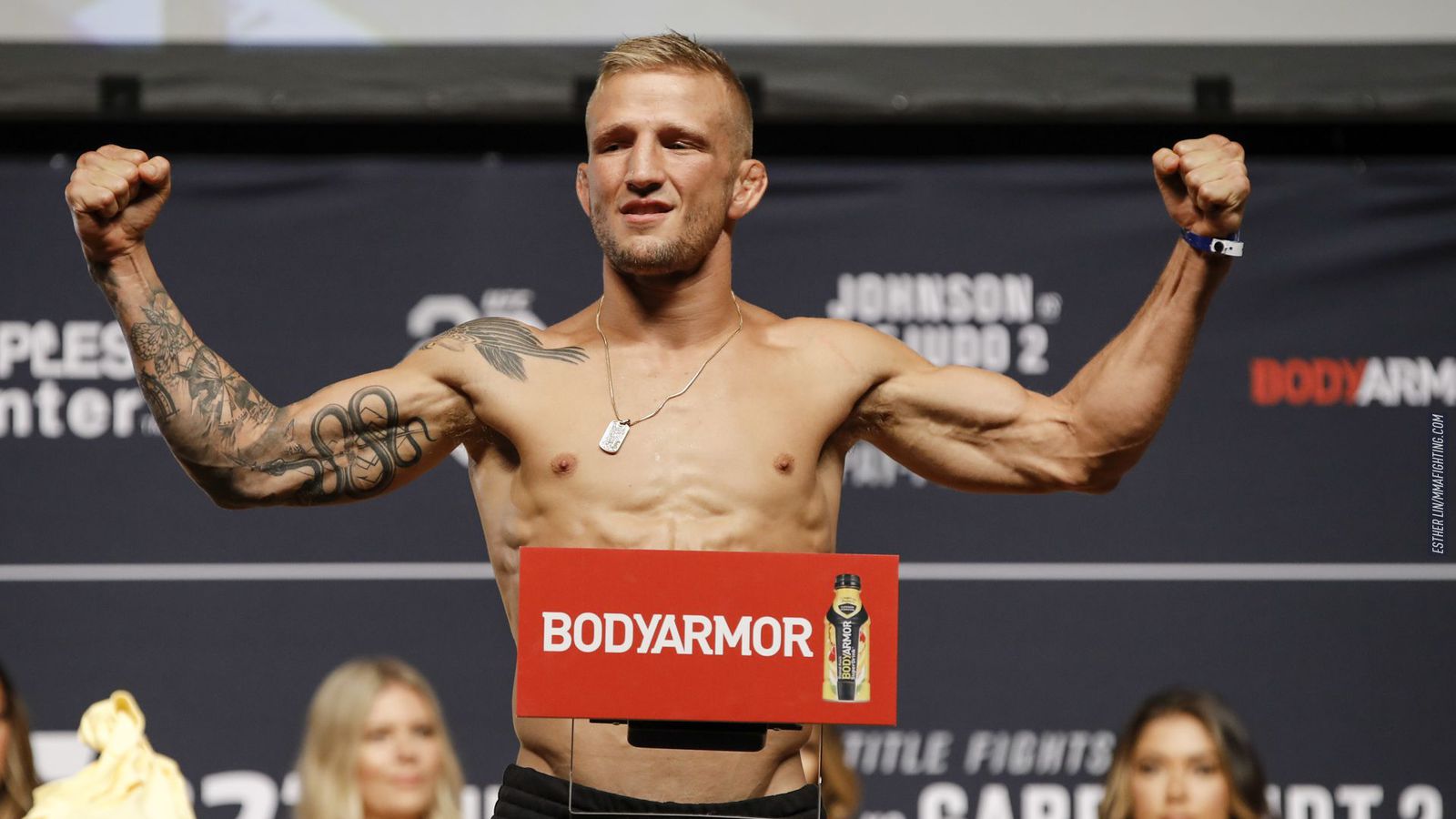 Ultimate Fighting Championship (UFC) Bantamweight title continues, TJ Dillashawh, recently told the mixed martial arts (MMA) community that he could easily beat the flyweight limit in his quest to fall down in scale to capture a second tier title.

Dillashaw was the first fighter on the scale today for the UPS on the ESP + 1 wicket ins, held in advance from the morning night's (Sat., Jan. 19, 2019) combat sports event in Barclays Center in Brooklyn, New York, the championship limit At 124.6.

And while he was having Lanky and Dar, he didn't appear to be Irwin-YH.

The 125-pound party is hoping to spoil King Kwin's reign, Henry Sejudo, who is no stranger to fighting. The good news for "The Messenger" was that he was on his way in recent years, including today's 124.4th championship.