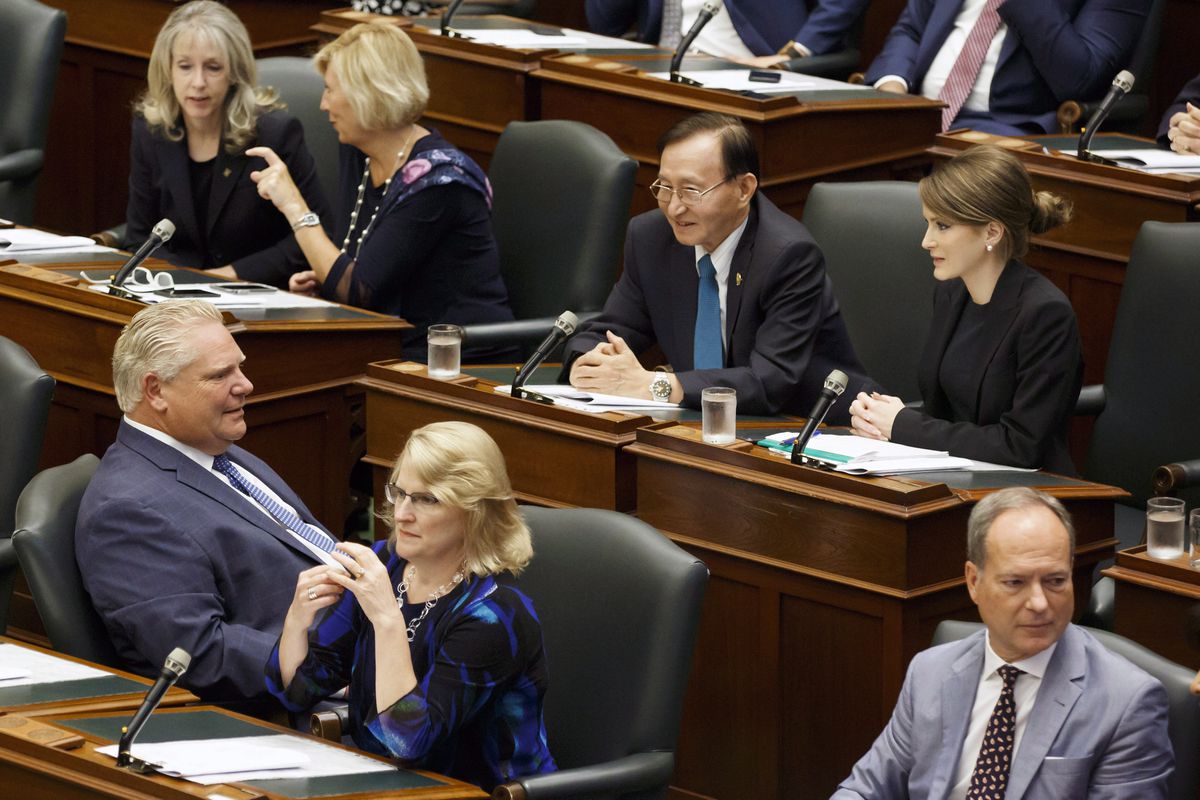 Ontario MPP Amanda Samard has left the progressive conservative Caucus to sit as a freelance publicly criticized Premier Doug Ford's government for changes to French-language services in the province.

In a letter sent to Speaker Ted Arnott's early Thursday, Ms. Simard – who was the only Franco-Ontario member of Mr. Ford's team – did her decision to leave is effective immediately.

"I am no longer a member of the Progressive Conservative Caucus," Ms. Simard wrote. "I will continue to take my place in the Legislative Assembly of Ontario as an independent one."

Ms. Simard did not respond immediately to a request for comment.

Doug Ford Year: what has happened so far in the new Ontario

The announcement came as Mamas Samard's Caucasus colleagues met in Quinn's Park to discuss her future. A major government source tells the Globe that a large number of Caucasus members are demanding that it will be kicked out of Caucasus, following the public critique of the Ford Fork and its government.

After the Doctor's Caucus meeting, Mr Ford told IPolitics that he did not know Ms. Samard is going to leave Caucasus. "We are more united than we have ever been," he said.

For days, Man Simard is addressing the government's decision to adopt a Francophone university financially update and to cut the office of the French-language watchdog.

"I ask the Premier and the Government to reverse their decisions, and so I'm just doing what I was doing to do," Ms. Simard told reporters at Quinn's Park this week.

On Wednesday, Mr. Ford had reporters he spoke with Ms. Simon last week and told her she had his support. However, he said since then she had been avoiding calls from his office.

After the outbreak of the Franco-Ontary community, the PC government retook something last week by announcing it would create a French-language service commissioner under the auspices of the Ombudsman's office. Mr. Ford also officially installed Attorney-General Caroline Moulrony as the Minister of Francophone Affairs, and plotted to hire an elderly political adviser for France's affairs. But plans for a Francophone university, which Mr. Ford promised to hold in the election campaign, were not respected.

"Over the last couple of days we made a few changes," I said, "Mr. Ford said. However, he said that there was not enough money in the province for a Francophone university.

Ms. Simard said the "partial backtracking" is not enough. On Wednesday, she watched against the governmental economic downturn in the Legislature.

Ms. Simard, who represents the East Ontario riding from Glengarry-Prescott-Russell, served as a city councilor in the community of Russell before joining the Tori roster under the leadership of Patrick Brown. She holds a law degree from the University of Ottawa and previously worked on Parliament Hill as a political advisor.

With a report from the Canadian Press